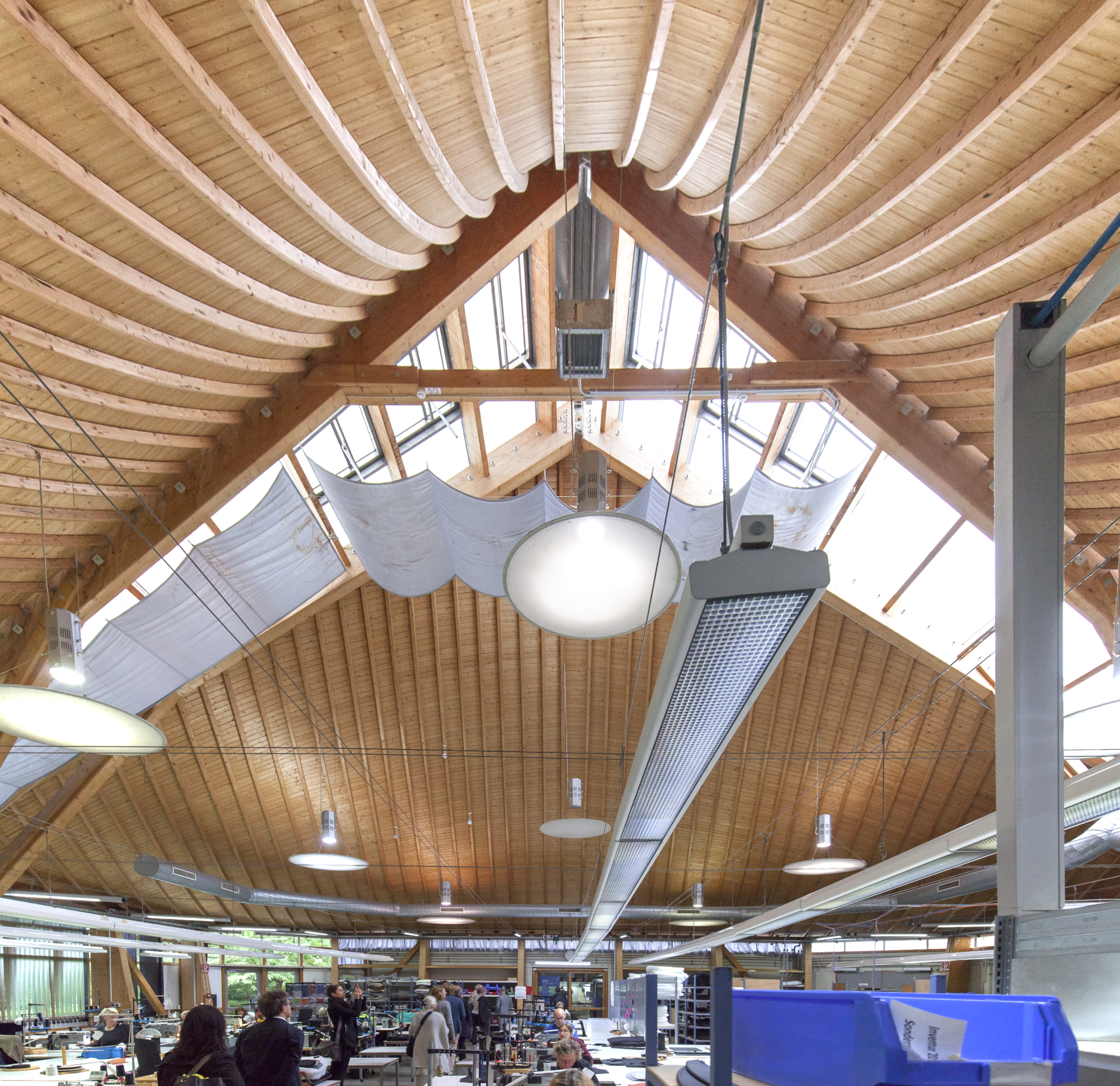 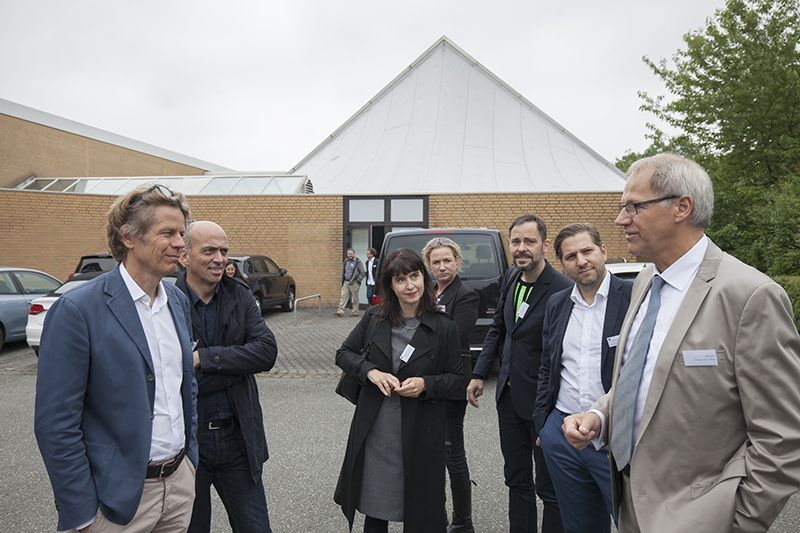 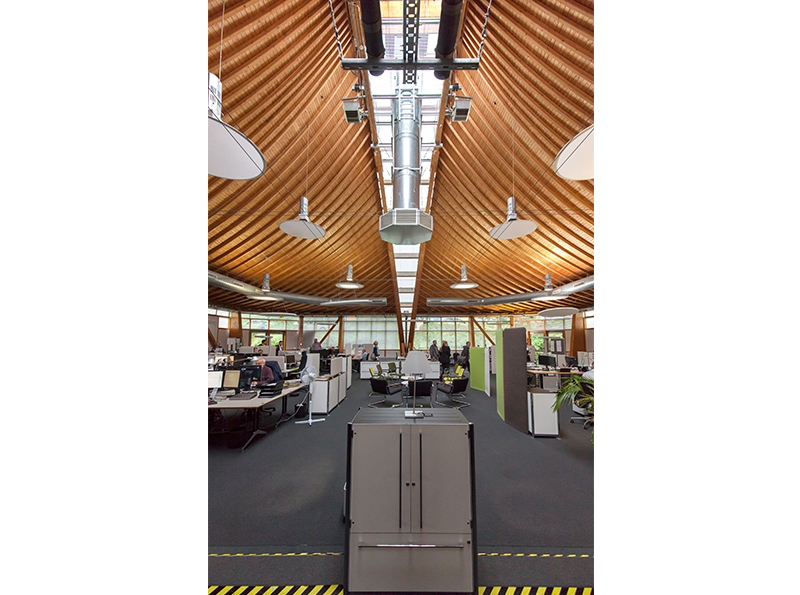 Tour of the Wilkhahn site with the Frei Otto pavilions, photos: Wilfried Dechau

“Architecture is future imagined”. This quote by Frei Otto had to be included at some point during the Shaping the Future – Frei Otto’s Cultural Legacy architectural symposium that took place at Wilkhahn in Bad Münder on 25 June 2018. The event was held to mark the 30-year anniversary of the four production pavilions on the Wilkhahn site designed by the Pritzker prizewinner. Visiting these was the highlight of the guided tour of the Wilkhahn site to kick off the symposium: from the office buildings based on a design by the Bauhaus student Herbert Hirche (1960) and the extension from the 1960s, attendees were taken directly to the three tent-like production facilities where materials are cut to size, sewn and furniture is upholstered and to the last pavilion (since converted into an office) all of which are covered by expressively curved roofs in a timber hanger design.

A detour was also taken to the production facilities with their photovoltaic roofing based on a design by Thomas Herzog (1992) and the energy plant (2008) before the symposium was opened in the site’s original building by Wilkhahn CEO Jochen Hahne and corporate spokesman Burkhard Remmers. 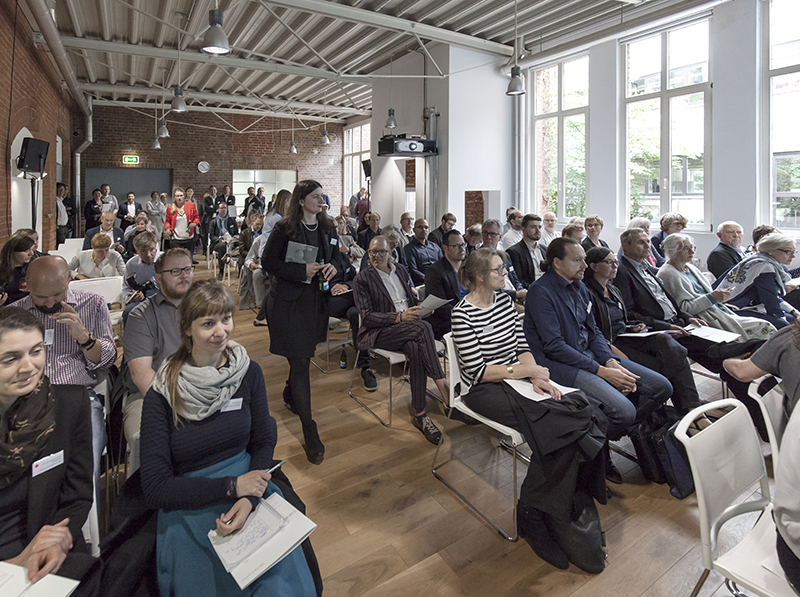 The vice president of Baden-Württemberg’s architectural chamber, Stephan Weber, used his speech to appeal to the architects present to help retain the Multihalle in Mannheim (1972-75) designed by Frei Otto. He also thanked Wilkhahn and the speakers not just for their commitment to architectural culture but also for donating their fees and all the registration fees to the Multihalle e.V. association formed to preserve the Multihalle. 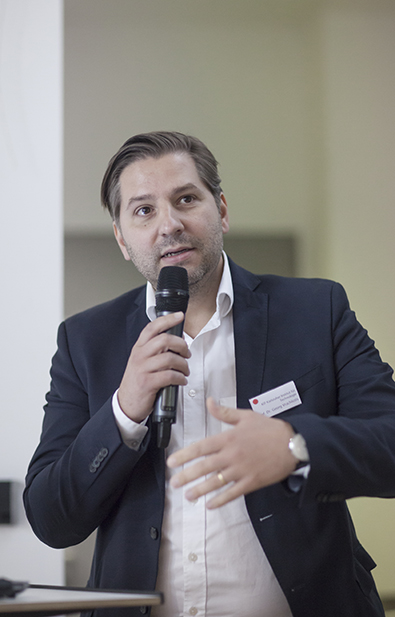 From the dimensions of Frei Otto’s work…

Dr Georg Vrachliotis, professor and dean at the Karlsruhe Institute for Technology (KIT) and curator of the major Frei Otto exhibition entitled Thinking in Models at the Center for Art and Media (ZKM) in Karlsruhe (2016), gave a vivid picture of Frei Otto’s experimental approach to work in his keynote speech called From Archives to Simulation. From his first studio, the “developmental workshop for lightweight building” all the way to the IL series of publications issued by Otto, his mentality wasn’t just to come up with (new) expertise but also to teach it. Vrachliotis presented the whole range of Otto’s Thinking in Models and therefore also gave an insight into the issues that would be examined in more depth during the symposium: from basic research to minimised “supporting structures”, of the type typical of soap bubbles to designing with air, the “Pneus” to work with textile “sock models” or mesh designs to towns covered in buildings with shell roofs and suspended models.  Because working on a model was paid the same amount of attention as the building itself, the buildings themselves ultimately became models, an example of which is the “miracle” of the 60-metre freely suspended delicate wooden design of the Multihalle in Mannheim. 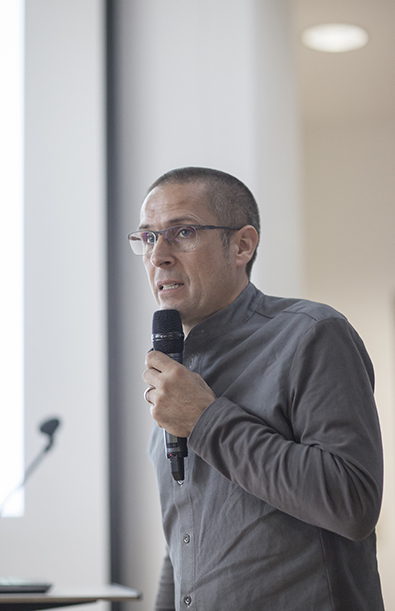 … to the radical approaches in the Natural Building Lab …

Eike Roswag talked about and elaborated on Frei Otto’s experimental approaches and his commitment to ecological building. Roswag, co-founder of the Ziegert Roswag Seiler ZRS studio, has been teaching at the TU Berlin’s Natural Building Lab founded by him since 2017. He made a name for himself as an architect with building projects involving clay, bamboo and timber often in the form of a collaborative do-it-yourself construction. His style of lecturing is also rooted in a research approach. This is all about autonomous learning processes and resource-friendly design and construction. The students develop their own actual building task, design and construct it in the project. An example shown was one made out of waste wood and scraps of posters. 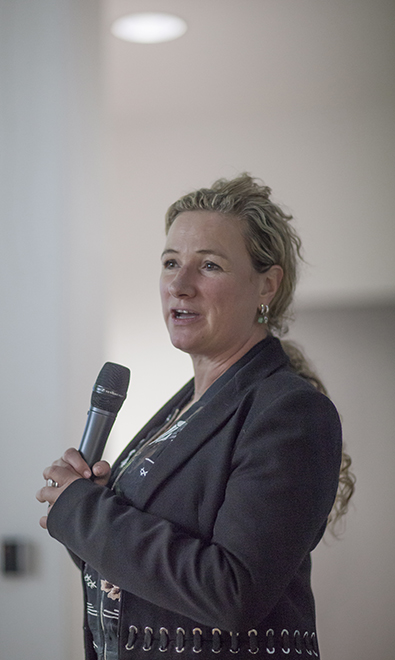 … to the opportunities of parametric CAD modelling …

Munich architect Ruth Berktold (of yes architecture, Munich University) focused on the transformation from freehand organic constructions to digital drawings and models. While Georg Vrachliotis showed the complexity of graphical translation from the model to a “drawing that would enable construction” in Frei Otto’s case, Berktold’s presentation entitled Analogue goes Digital involved a series of geometrically complex contemporary buildings from the aspect of parametric CA modelling. These helped, for example, to simplify the geometries of buildings like the Rolex Learning Center (SANAA Architects) or the football stadium in Nice (Willmotte & Associés) and speed up their construction. 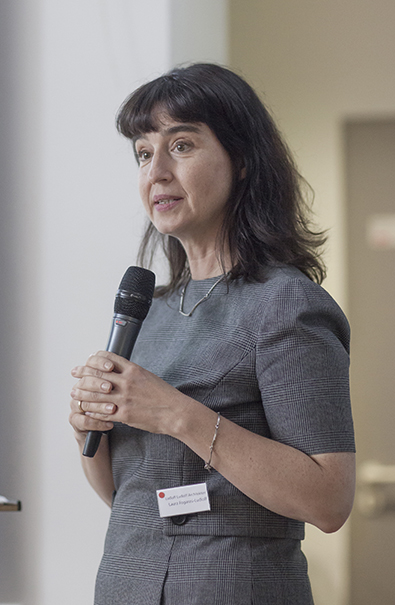 Laura Fogarasi-Ludloff (of architectural firm Ludloff Ludloff, Berlin) draws her inspiration for her work with textiles from Frei Otto. The firm uses semi-transparent textiles as an extra layer in front of the facade or load-bearing components to add another dimension to the architecture to convey a feeling of closeness and distance in a playful way.  The architect noted that textiles weren’t yet a dominant theme in architecture. At the same time, these materials fulfill functions important to the building such as providing shading from the sun, privacy and soundproofing. Ludloff Ludloff takes Otto’s ecological approaches a step further in wooden constructions or by retaining existing building fabric, as examples like the Children’s Embassy or the Sports Hall at Tempelholfer Feld show. 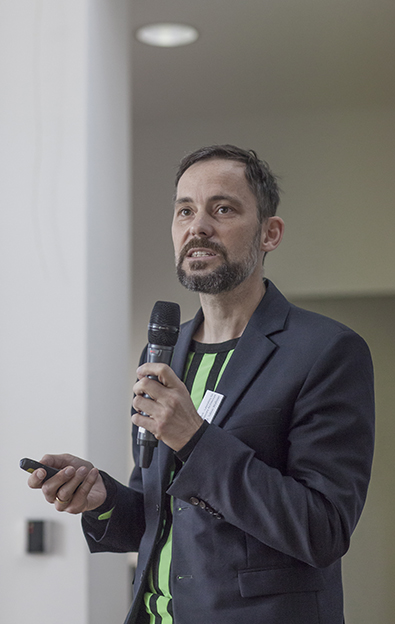 … and current micro and macro perspectives based on Frei Otto …

The LAVA Laboratory for Visionary Architecture has adopted Frei Otto’s primary field of research, natural geometries. Founding partner Tobias Wallisser (State Academy for Art and Design, Stuttgart) presented several projects that reinterpret Frei Otto’s experimental building for the 21st century. For example, Wallisser showed a textile art installation in the Customs House in Sydney based on Otto’s soap bubble experiments, a roof for the Masdar City conference centre rooted in Otto’s parasols for the courtyard of the mosque in Medina as well as the functional covering of a utopian “desert city” with the help of pneumatic “cloud roofs” whose purpose is to keep out the hot wind in order to lend a realistic aspect to the carbon-neutral urbanisation of the region at all. 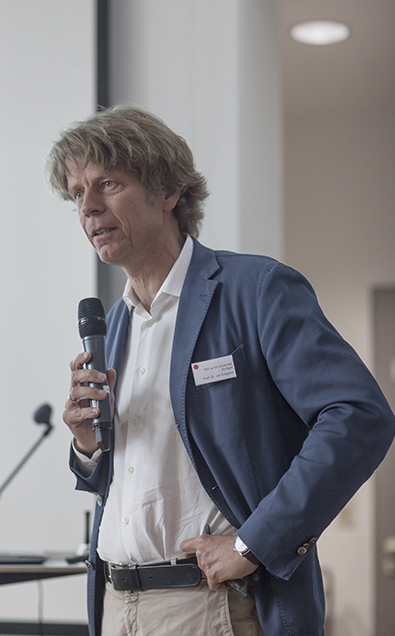 … all the way to a critical tribute of the methodology and the merging of design and construction in robotics.

Dr Jan Knippers, director of the Institute of Building Structures and Structural Design (ITKE) in Stuttgart, paid tribute to Otto’s modus operandi as a “radical contrast to the concept of the ingenious architect” with which he paved the way for today’s widespread transdisciplinary way of working. He noted that in contrast to the classical form-giving architectural route, in Otto’s case the form was always generated by rules and processes and that these design processes were always based on findings and didn’t have any fixed expectations. Otto was more concerned with the methods than the object itself. He went on to say that in today’s era of globalisation and its impact on labour markets and transportation routes, it was no longer possible to keep to Otto’s paradigm of lightweight building being ecological, socially responsible and sustainable and by its very nature a “good” construction method. Knippers also presented the ITKE lightweight pavilion research project whose load-bearing structures consist of carbon fibre tensioned by robots. This method of construction is drawn from the way the water spider builds an underwater air bubble, something that Frei Otto also researched. 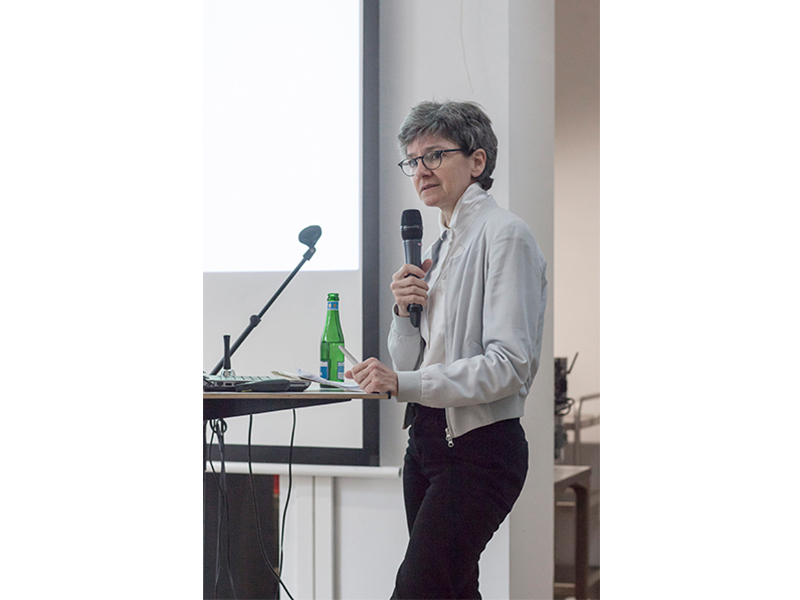 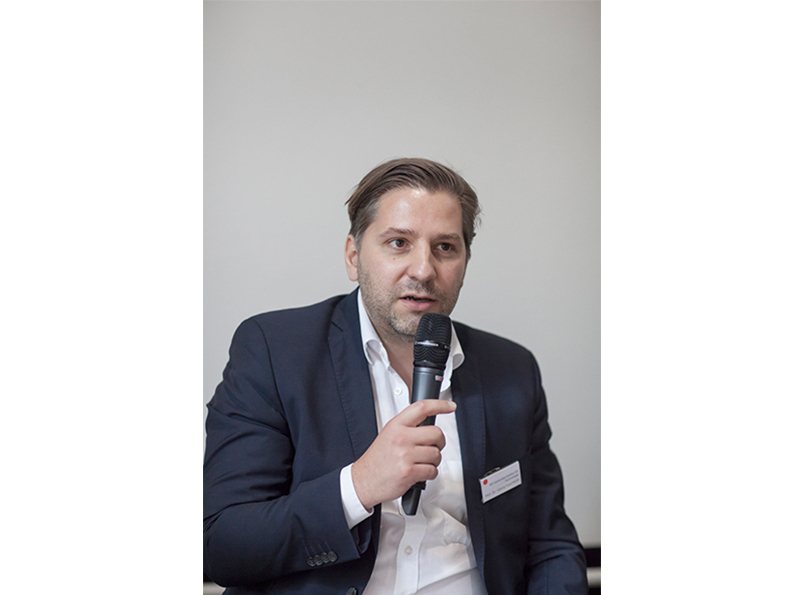 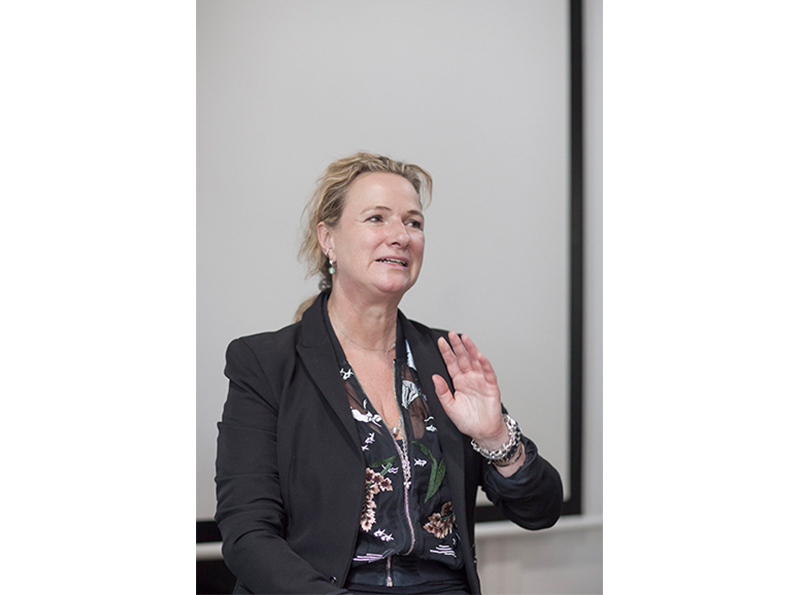 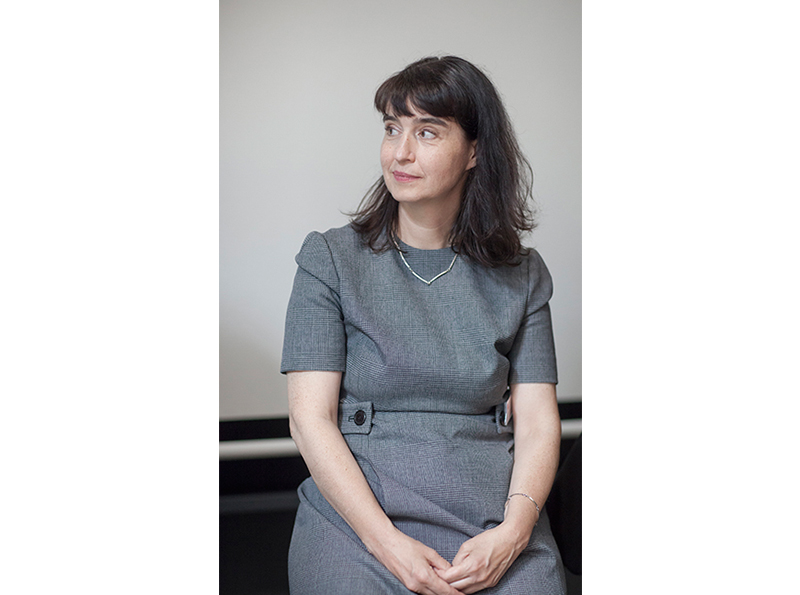 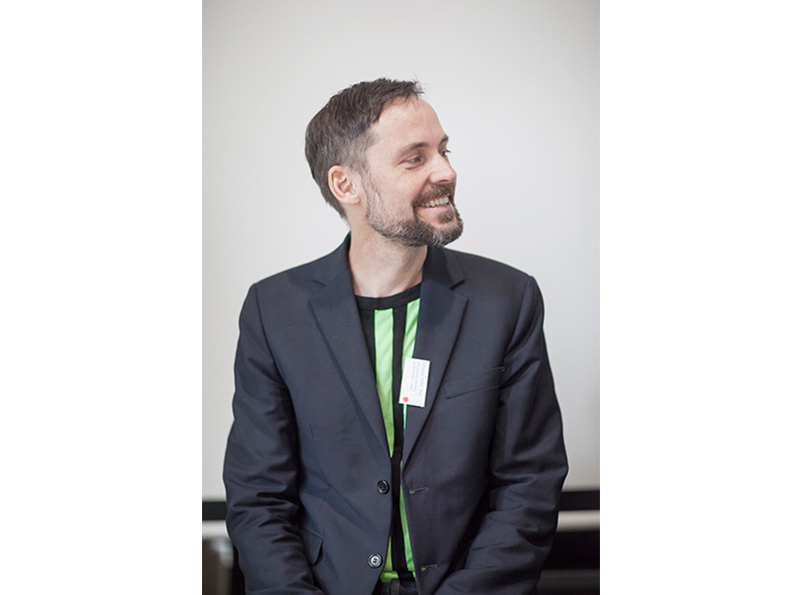 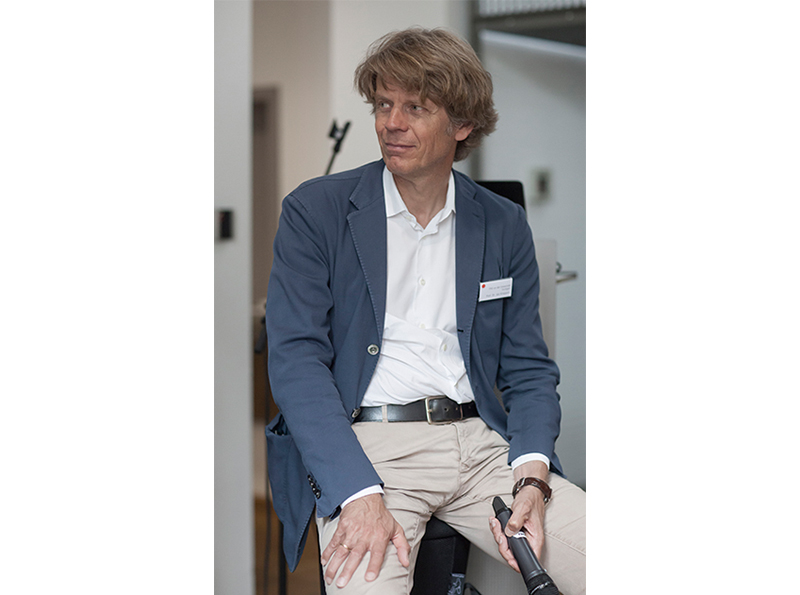 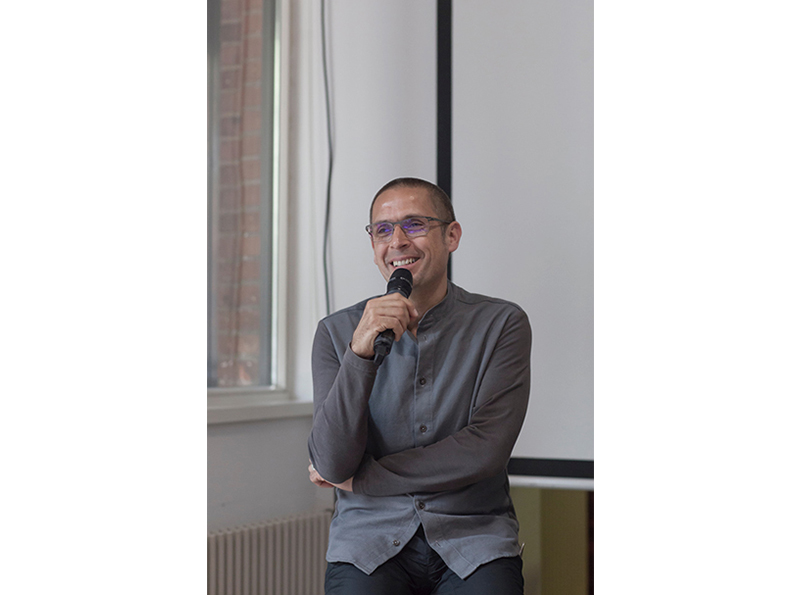 Panel discussion on experimentation as a model for the future

The subsequent panel discussion was just as lively as the spectrum of reference points from Frei Otto’s work in the talks. Chaired by Dr Ursula Baus (of frei04 publizistik), the theme was the political dimension of architecture and engineering. Vrachliotis referred to the quote mentioned at the outset to say the fact that following a long period in which Frei Otto had almost been forgotten and perceived as outdated, his work is regaining interest today because he was so forward looking. “The experimental nature of the business is so significant today because we don’t know what the future will be like,” added Knippers.

When asked whether experiments such as the desert city designed by LAVA really were sustainable, Vrachliotis said that “we can only get the future back if we allow these sorts of hypothetical mindsets”. He went on to say that it was vital to foster this type of hypothetical thinking at universities because we shouldn’t “wait until the future comes from Silicon Valley”.

Berktold advocated a practical approach based on the dictum of “Predict the future by desigining it” and encouraged us to “continue building in a lightweight and fast way” in order to meet the challenges of an ageing society. In addition to qualitative issues of how something’s to be done, Fogarasi-Ludloff saw the potential for architects to have an impact above all in “joint design of the future, which also involves forms of continued use”.

Eike Roswag contributed similar stimuli: “I’m optimistic that we can make huge strides if we all get together and pool our knowledge. Then we can trigger a process in local governments that makes changes.” Wallisser also sees the architect as the “visionary” who is a driving force. However, he notes that design must be less about “formal aspects and more about principles”. When asked by a member of the audience whether architecture in particular didn’t have to be protected from being overwhelmed by regulations, Roswag responded with the idea of experimental communal spaces known as pockets. He said that they could “open up scope for action” to architecture and would permit genuine creativity with an eye to the future. 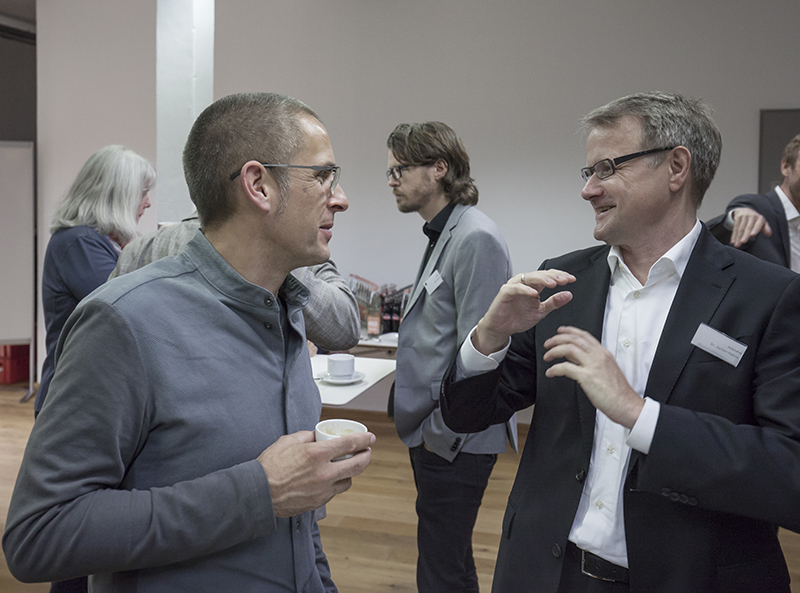 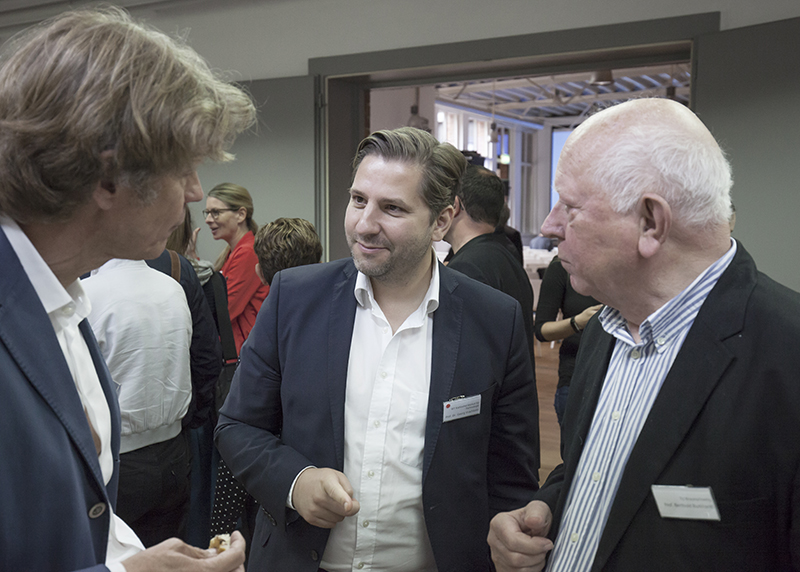 Before lunch and the subsequent accompanying programme of events in Hanover, the speakers and attendees agreed that the discourse started here should be continued. It’ll be interesting to see. 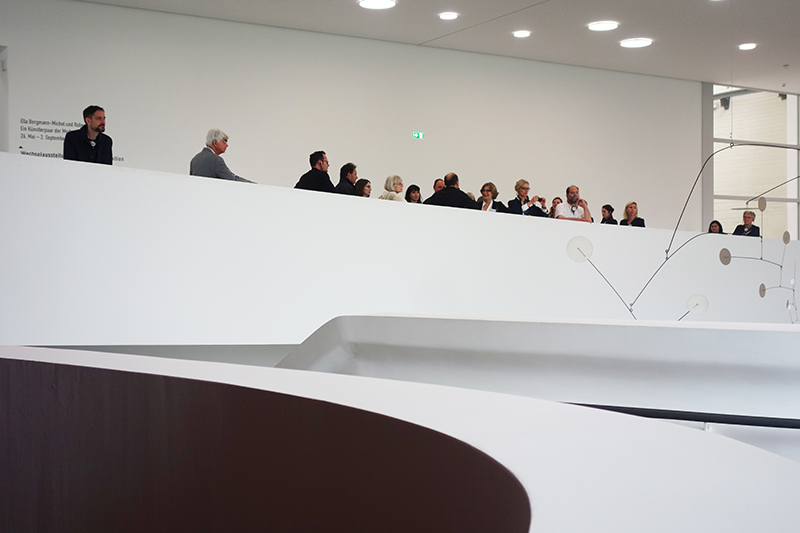 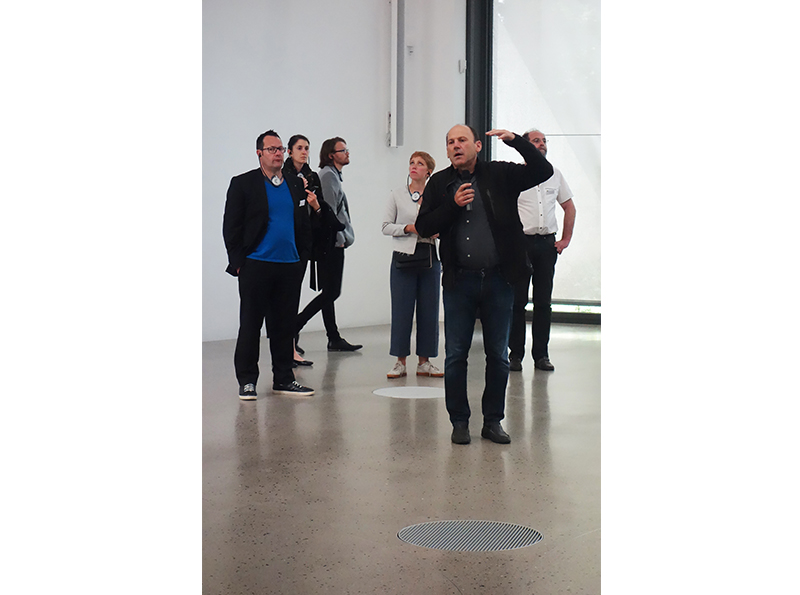 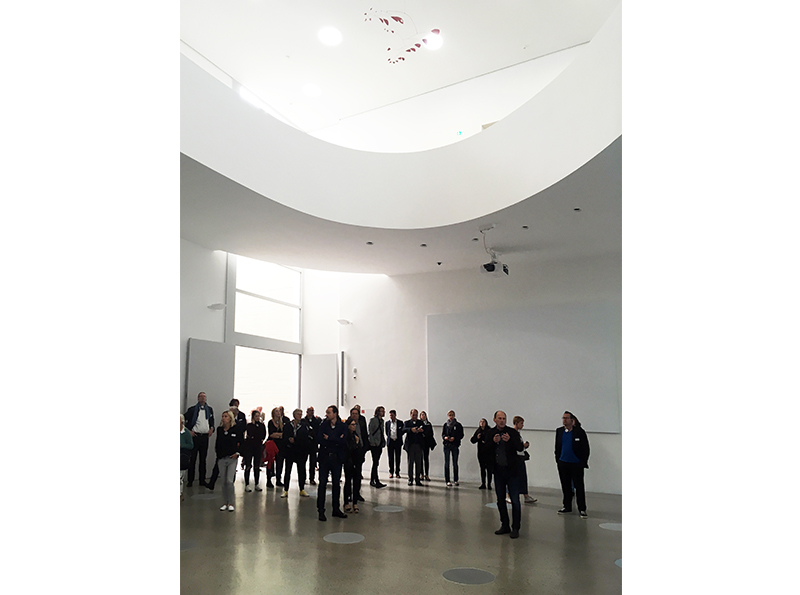 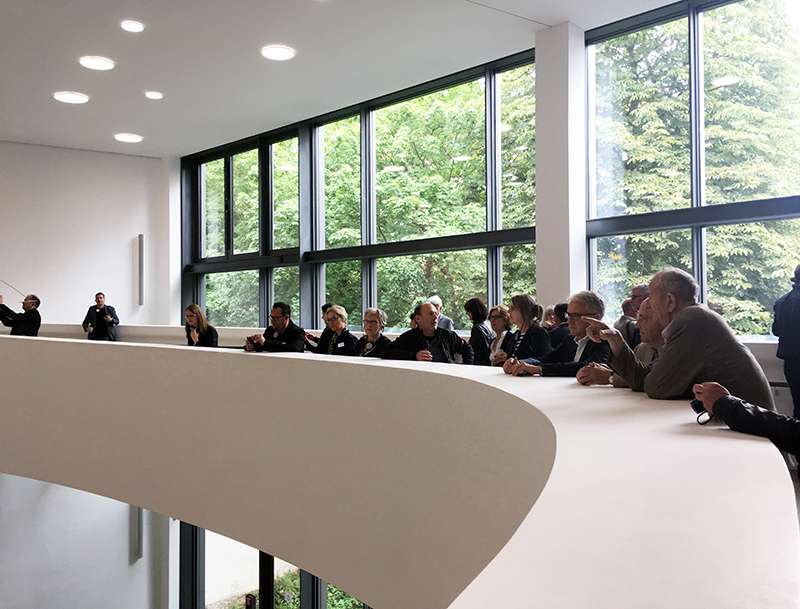 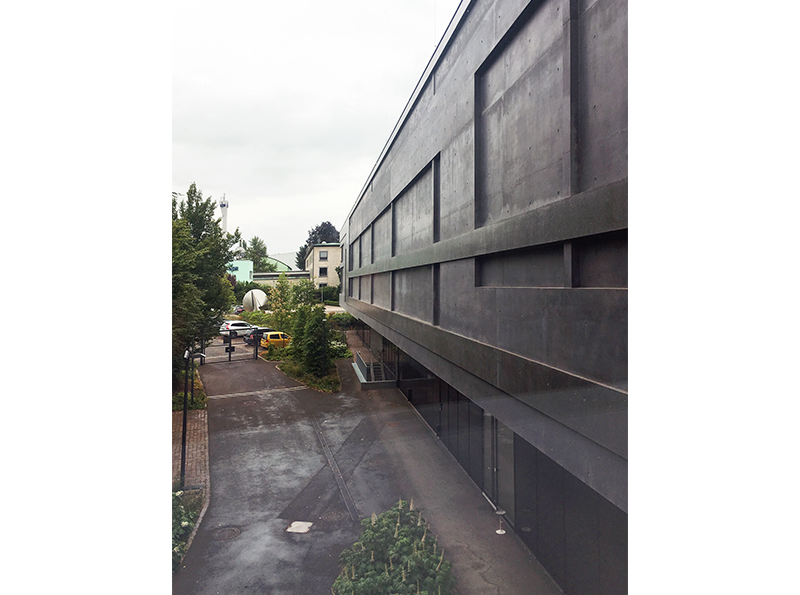 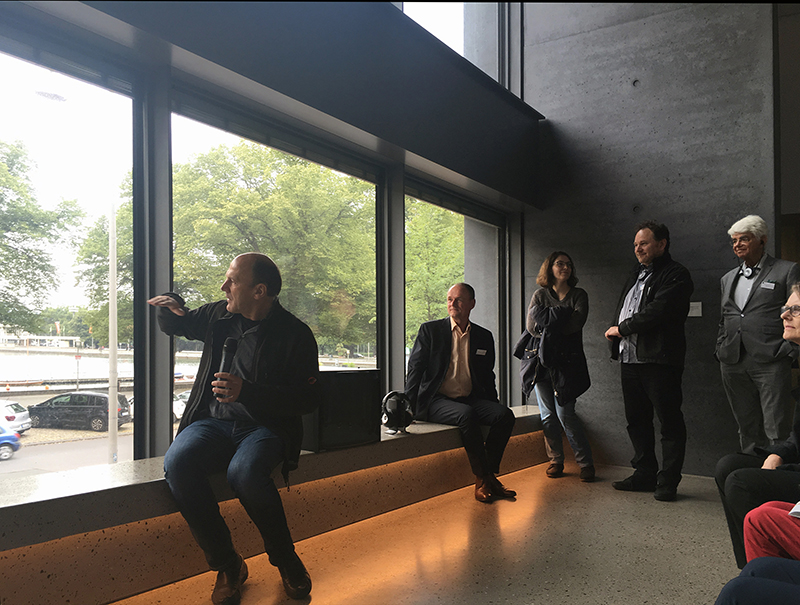 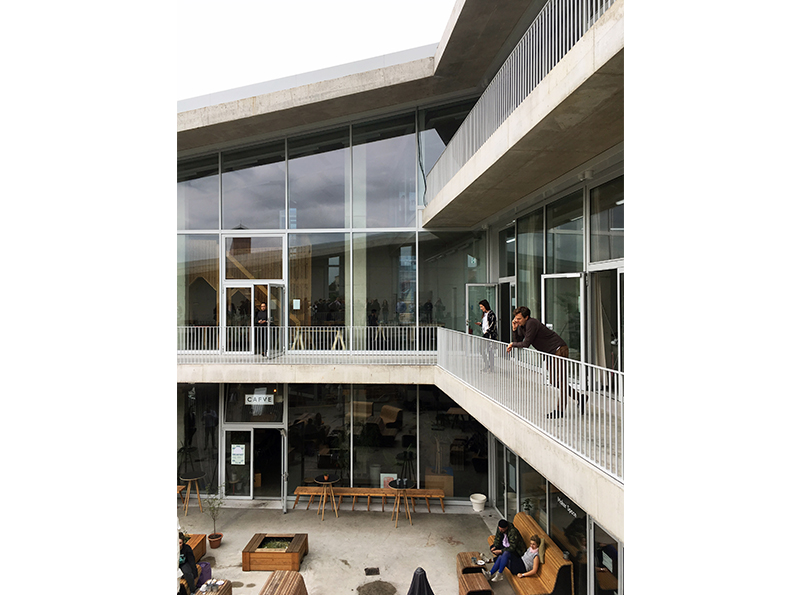 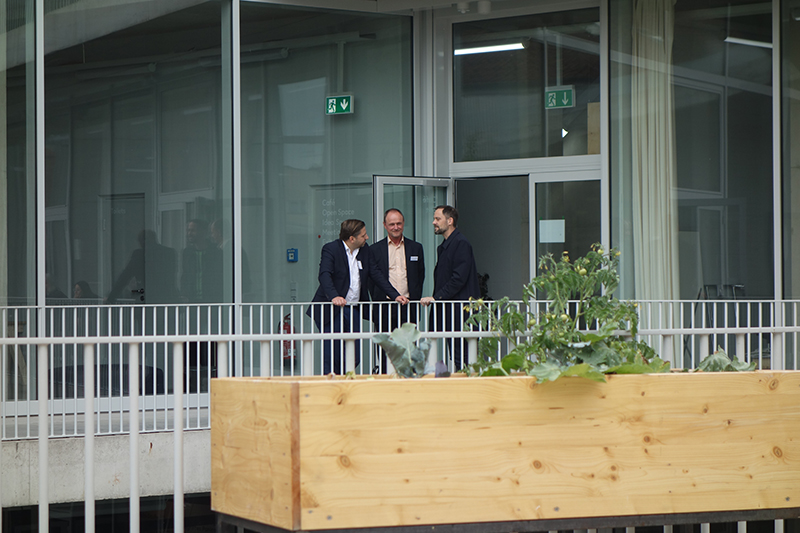 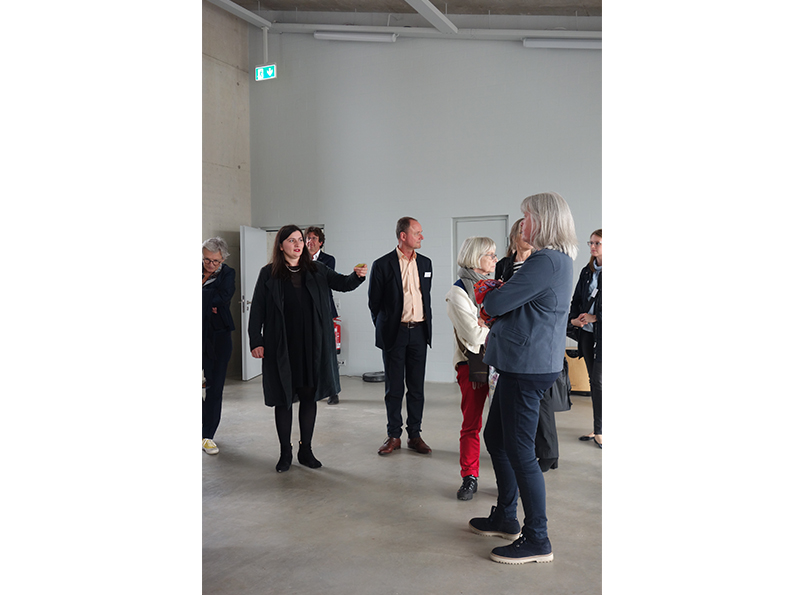 Click here for more information on the announcement about the symposium

Click here for more information on Tobias Wallisser and LAVA