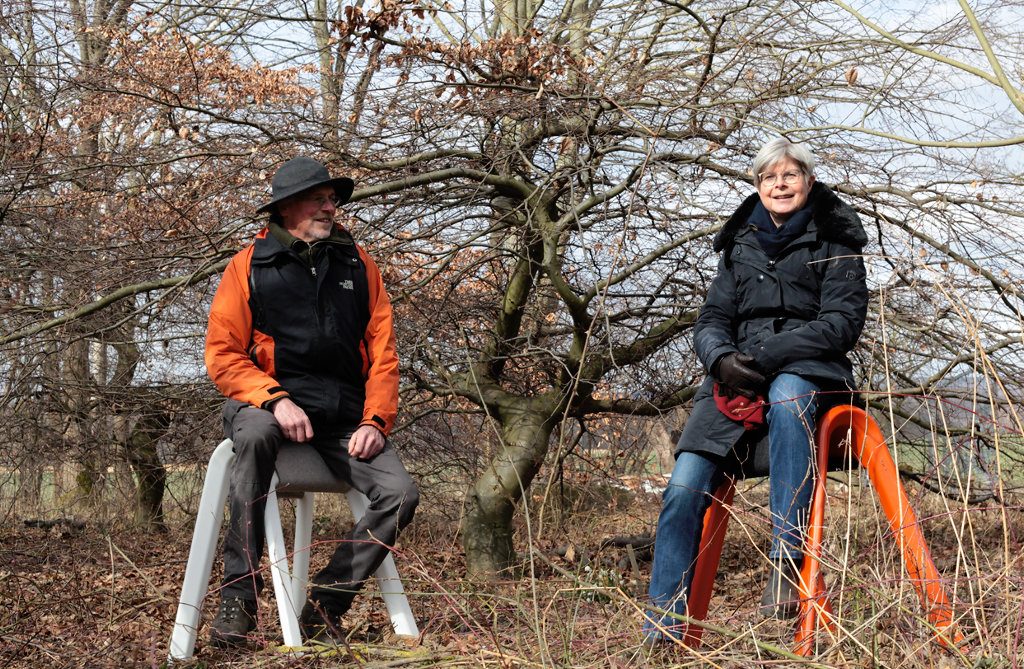 At family-run company Wilkhahn, Gisela Hahne, sister of the president Dr. Jochen Hahne, is responsible for various cultural projects and the historical archive

Regarding the upcoming International Forest Day on the 21st of march, we met them and forest ecologist, Michael Meier, at the dwarf beech arboretum near to Wilkhahn’s Bad Münder headquarters in the north of Germany.

Gisela, what do you like about the dwarf beech so much?

That’s easy, because I grew up in this valley and beech woods where we used to play when we were children often. I was already fascinated by the dwarf beech’s bizarre growth form and its unique nature back then. 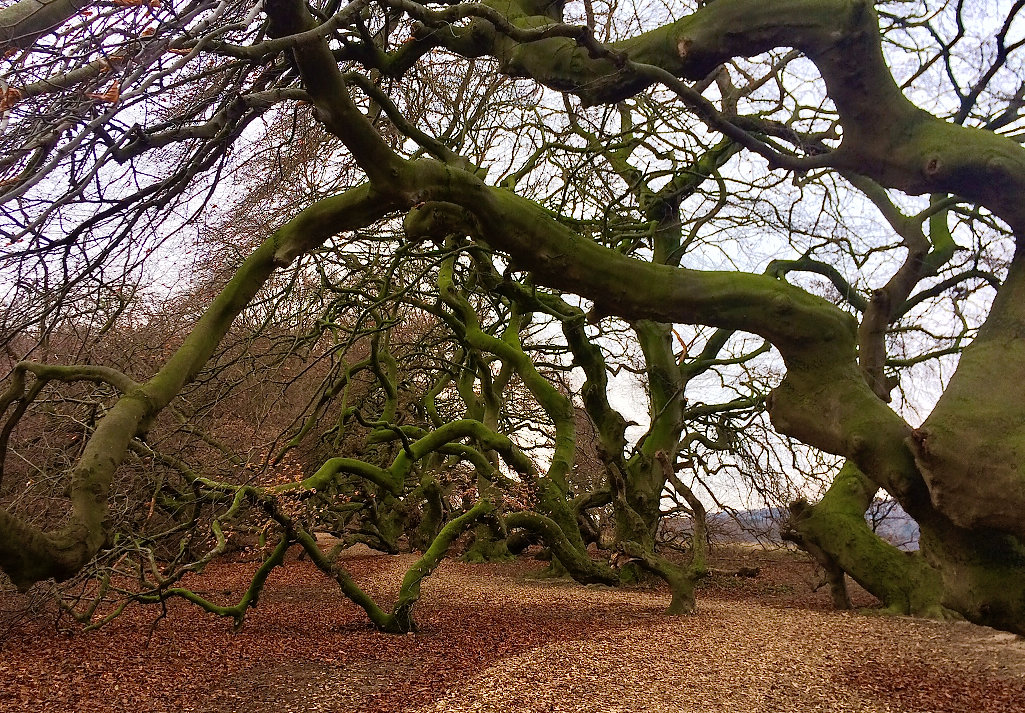 The twisted and contorted growth of the dwarf beech, Photo: Wilkhahn

What does the dwarf beech have to do with Wilkhahn?

The first chairs that the company’s founder, my grandpa, Friedrich Hahne, produced were made of wood. And most of our furniture was made of a wood for a long time, so we grew up with it. At Wilkhahn, we’ve been committed to caring for the environment, not just on our own premises, but in the surrounding region too and it’s part of our company’s philosophy. So, we quickly realised that we wanted to preserve this rare species of tree in our neighbourhood.

How does Wilkhahn help preserve these trees?

When the dwarf beech arboretum was founded 30 years ago, we provided financial backing to get it going, support over the years and also helped the project to become better known. I also support the project in a private capacity. 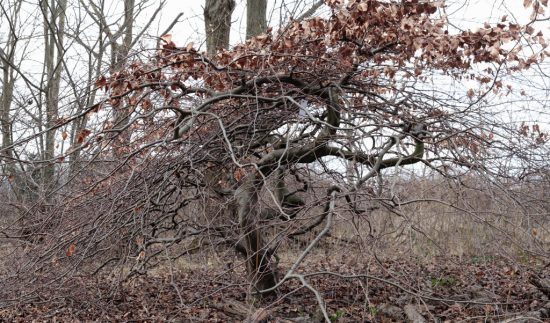 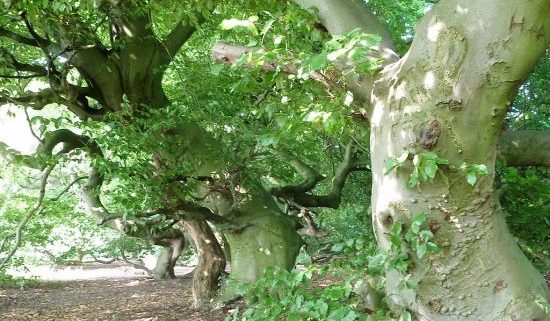 Michael, as a forest ecologist, you look after the dwarf beech arboretum for Hanover Heimatbund. What is a dwarf beech exactly?

The dwarf beech is a variant of the copper beech. Its bizarre growth form with its twisted and contorted branches and tree trunks are what makes it so special. The trees have a semi-spherical or mushroom-like shape.

Where else do dwarf beech trees grow?

The majority of them are currently located in Sweden, which has approx. 1,200. France has around 300, Denmark 28, Italy 2 and Poland 1. Unfortunately, they’ve been cut down almost everywhere. There are no natural occurrences of them in Europe, but some do exist in parkland in the US.

Why aren’t there many dwarf beech trees left?

Because of a major deforestation programme. In the 19th century, they were eradicated almost everywhere because the wood isn’t suitable for construction projects or furniture manufacture. In this area, only 40 trees survived. Genetic studies permit us to determine the lineage of some trees, so that one specimen even allowed us to identify the mother or grandmother among these last 40 trees.

How did this special growth come about?

That’s what we wondered too of course. The dwarf beech is clearly not bothered by wind very much. It only grows to a height of 16 meters max., while the standard beech tree can reach over 40 meters. As the dwarf beech is lower, storms can’t cause as much damage.

But one thing we noticed in 2018, which was a very dry year, was that the big beech trees in the forest died and the dwarf beech here in the arboretum was still completely green. The reason for this must be that the lower dwarf beech trees don’t need to pump the water into the crowns as high and therefore don’t require as much water. This could, of course, be interesting in the future if it gets even warmer and drier. Then the dwarf beech is even more likely to thrive.

Over the past year, we’ve given almost 400 trees we’ve grown ourselves to state forests in order to improve biodiversity and, therefore, the forests’ resilience.

Occasional sleepovers for kids under the trees

How do you encourage younger generations in particular to preserve these trees?

We’ve been working with young foresters in Bad Münder for over 30 years. The kids help look after the trees and, in summer, they’re sometimes also permitted to spend the night in sleeping bags underneath the tent-like trees. That’s a big adventure every time. We also collaborate with the forest kindergarten in Bad Münder and kick-started two school forestry projects. We don’t just want to show the children that these trees exist, but also explain how the forest as an ecosystem works with all its fungi, microorganisms, insects etc. It’s such fun teaching them that.

Thanks very much for talking to us. 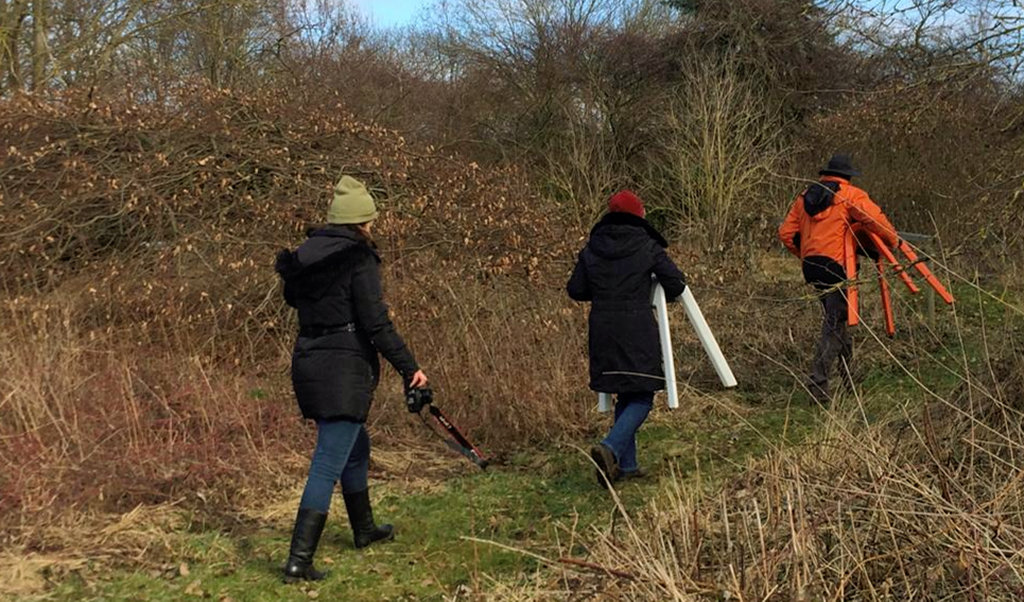 Excursion through the dwarf beech arboretum with Sitzbocks, Photo: Wilkhahn