Should you spot a product that looks completely new, but still somehow familiar, it could be a jehs+laub design. The two Stuttgart-based designers know exactly how to create items that automatically trigger an I-have-to-have-it response. Whether it’s a table, a hot water bottle or a chair. They’ve already designed the successful Graph conference chair and Asienta upholstered furniture for Wilkhahn. Now they’ve added Occo to their repertoire, a chair and table range with Graph’s DNA plus a few new characteristics of its own. We talked to Markus Jehs and Jürgen Laub about the benefits of having constraints imposed, self-designing products, Barack Obama and how form and function become one. 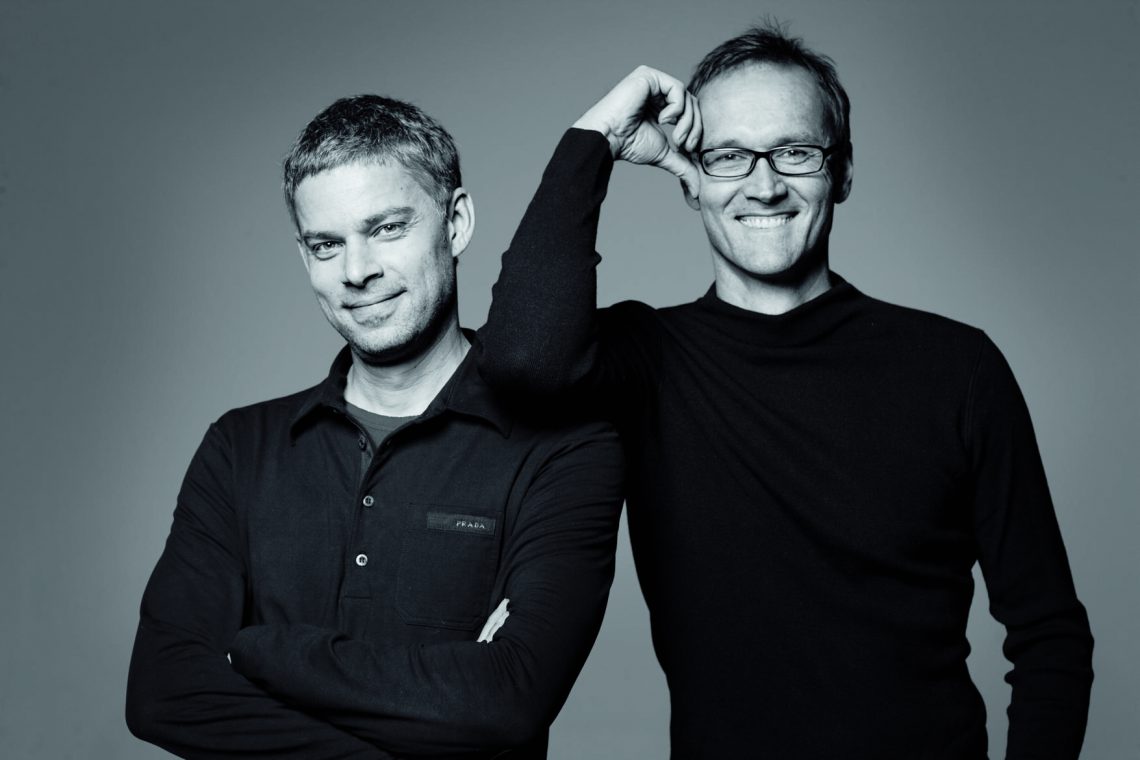 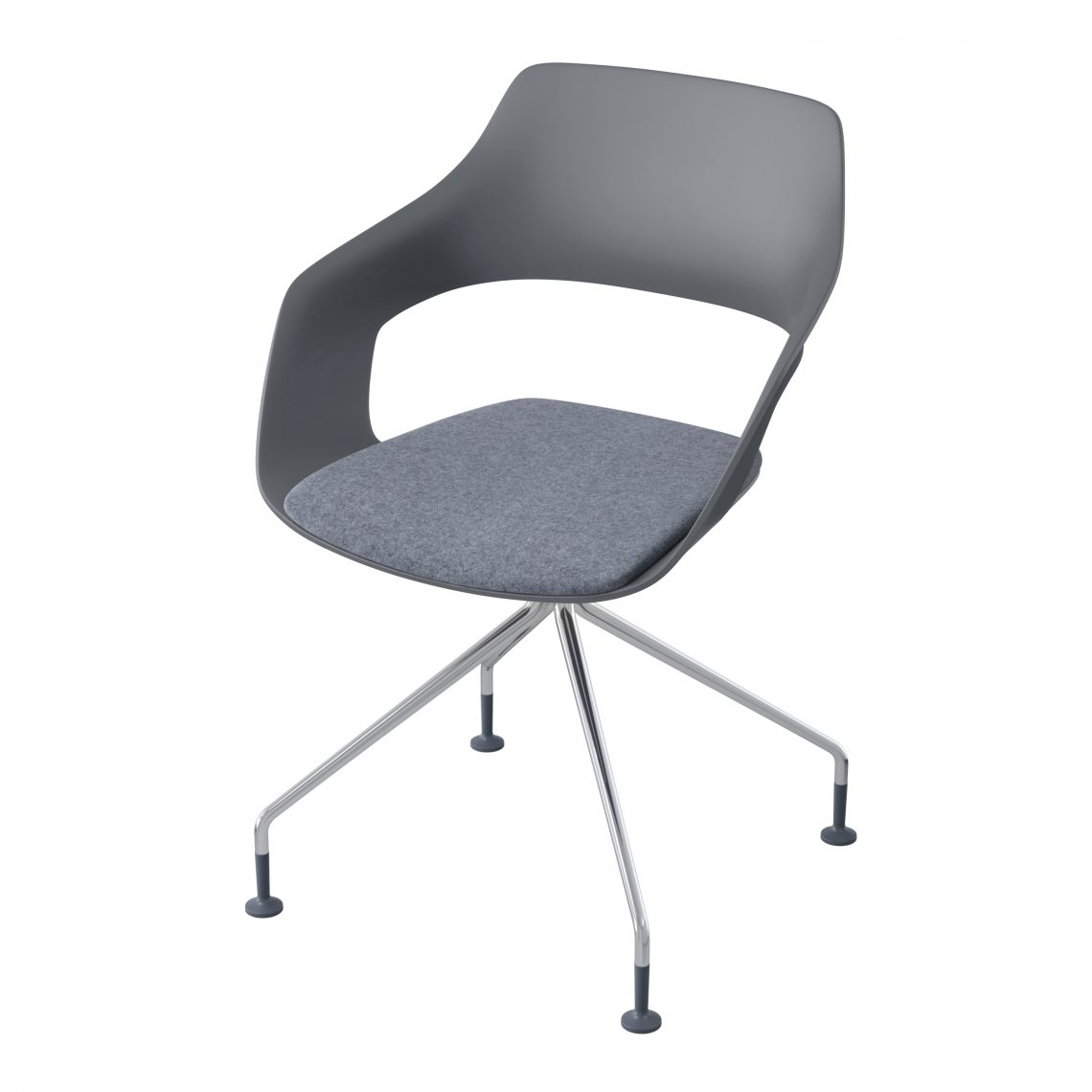 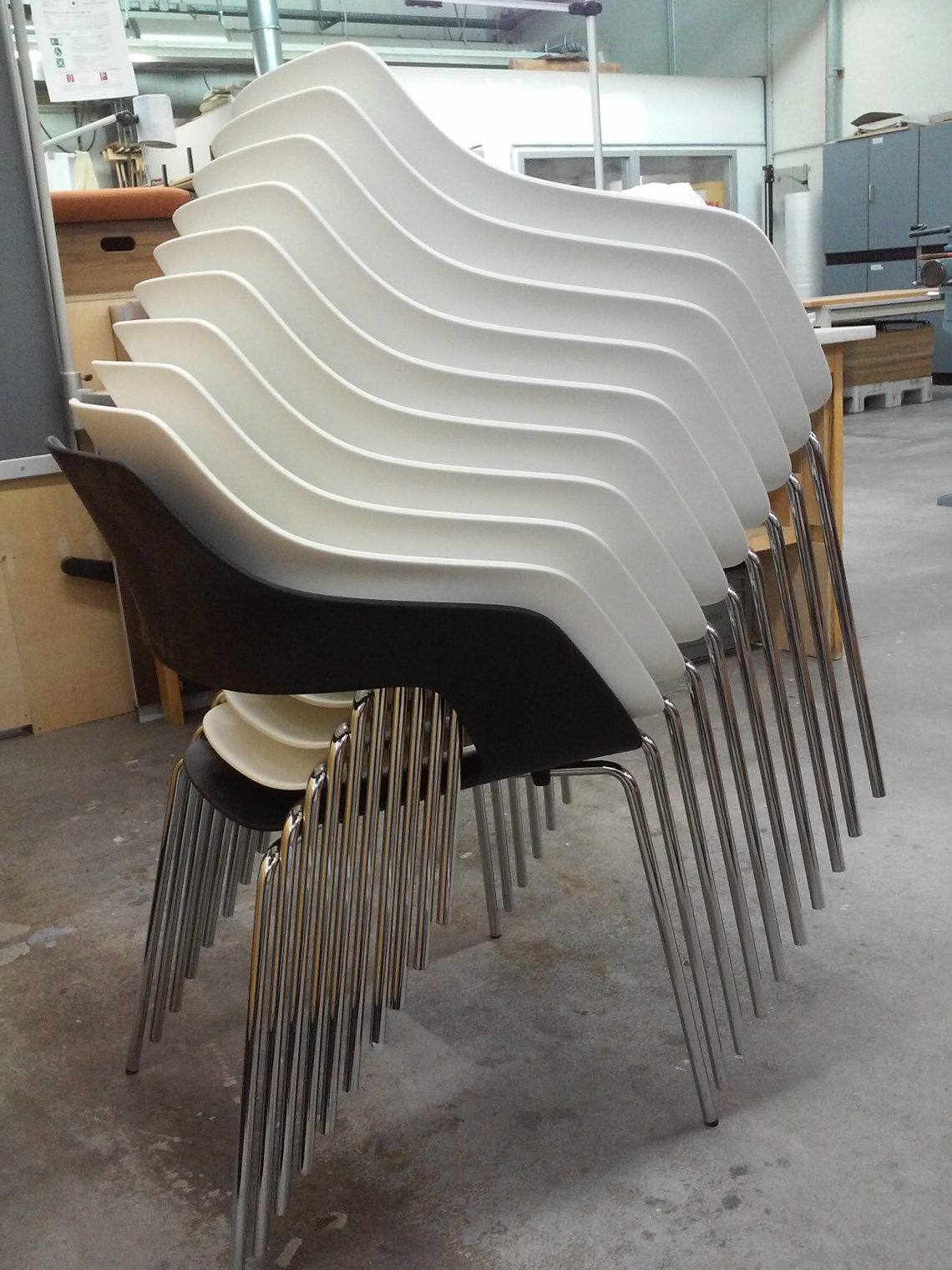 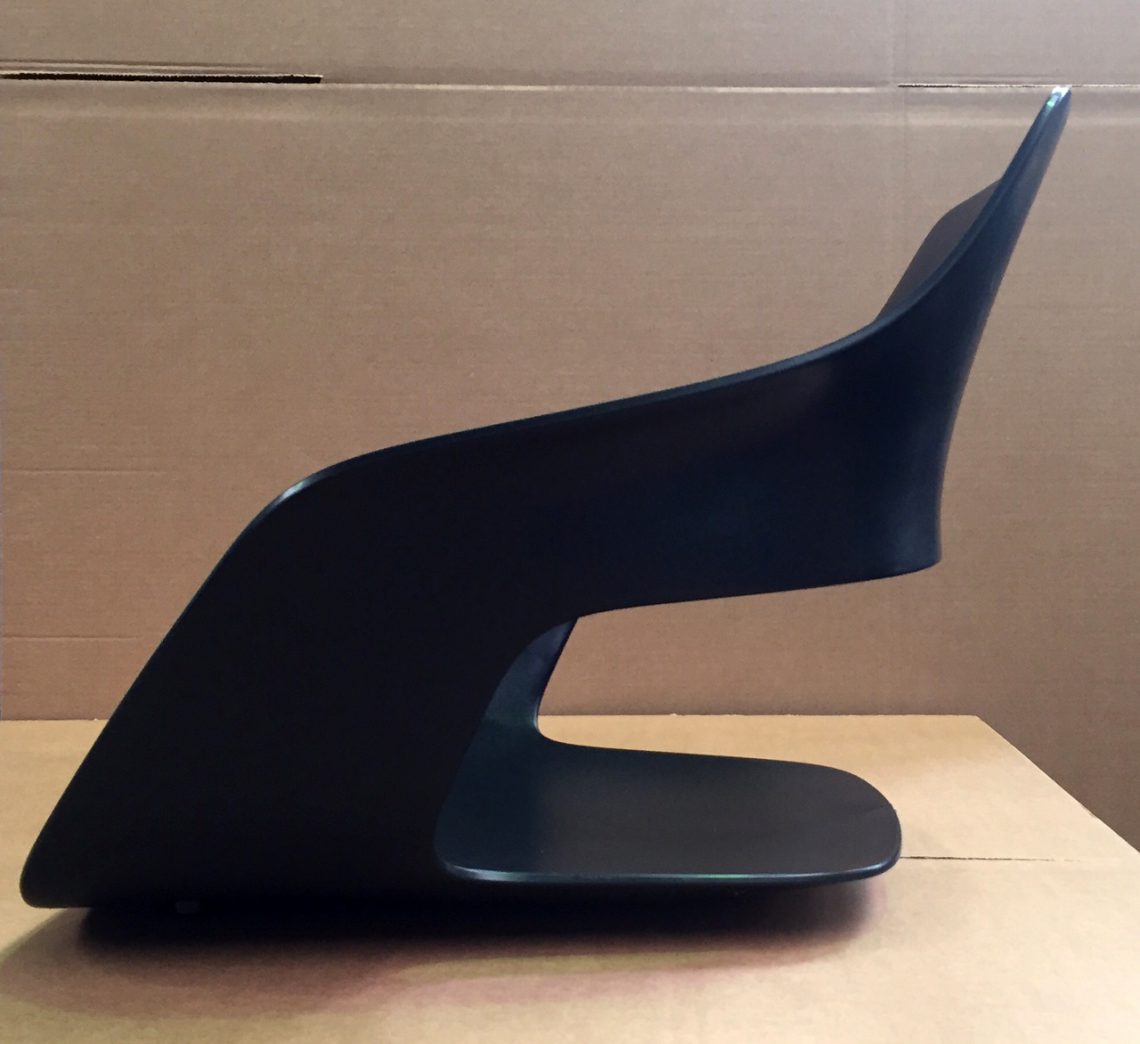 The shape of the Occo chair reminds me very much of the Graph chair. Why is that?
MJ: It was an obvious response. Wilkhahn asked us whether we could apply Graph’s integrative design to another chair or shell that could be used a couple of ranks down in the hierarchy (i.e. other than in executive boardrooms).

And the idea was to emulate Graph’s success?
MJ and JL: Yes, exactly.
JL: It’s all about an identifiable characteristic. We did of course come up with other designs. However, in the end we all agreed that basing the chair on Graph’s shape was the best approach, but that another technology and structure were required.

Where does the exact difference lie? What’s so special about it?
JL: Graph is made of two materials, aluminium and fabric or leather. Occo is only made of one, a plastic shell that works on its own, but that you can of course upholster. Similarly to Graph there’s an open section at the back, but in the final analysis it’s the design that makes Occo so exceptional.

In what way?
JL: When we presented the chair with its open section it was very attractive and we could have left it as it was. But then Wilkhahn said: “Hey, if you could stack it too it would be perfect”. So we did of course try to comply with those requirements. And suddenly we’d come up with two features. On the one hand we could stack it. But once we’d built the first prototype, we also noticed that it was a cantilever chair. A cantilever chair for backs. From the side it took on the shape of a C – to which Occo partially owes its name.
MJ: The shape therefore fulfils two purposes. And we really liked that.
JL: Suddenly it was a form-follows-function shell. Each cross-section, each dimension, each part of this shell influences its flexibility and stability. And comfort. In other words, the chair has to look the way it does if you want to stack it, if you want a flexible backrest or if you want a chair that’s comfortable enough too.

I was just thinking that in this case function was a result of the form. Or that the specification regarding the shape led to better functionality. Is that true?
JL: Or the other way around, the imposition of a constraint meant we hit the bull’s eye.
MJ: Many designers believe that functional specifications act as restraints. They think that specifications such as stacking capabilities restrict designers and products are poorer as a result. We always view it as a challenge and in an ideal case such as this one it leads to an even better product. Because here the design isn’t arbitrary, in fact the product virtually designed itself due to the functions that we added. And that’s why we’re particularly happy with Occo.

And now to the last question. Could you imagine a celebrity sitting on Occo? Someone who embodies Occo’s characteristics?
JL: That’s hard. The immediate response is that it would have to be a fantastic woman. But Occo isn’t actually just feminine. But it’s not totally masculine either. Somehow it’s simply likeable. Which is why I’m going for Barack Obama. Because the chair has a certain cachet. But it also has an athletic look and conducts itself well.
MJ: And it’s engaging. And supple.
JL: I believe that the attitude and appeal it puts across are more important than the form. But you only notice that once you’re sitting in it. It’s adapts like a car seat. You feel comfortable, embraced and protected.
MJ: Barack Obama has all these attributes. Perhaps you’ll manage to photograph him sitting on Occo. For the stand at the trade show.

Definitely, after all he’ll have nothing better to do in the White House, I’ll drop him a line! For now, thanks for talking to us.