The heart of democracy – following around six years of extensive restoration to the Rhineland-Palatinate State Parliament, the baroque parliament building in the state capital of Mainz was opened for the parliament to meet on September 8, 2021. A live stream enabled viewers to experience how the members of parliament came together for the first time in the newly designed assembly chamber. Speeches were also made by the President of the State Parliament, Hendrik Hering, and the Minister President, Malu Dreyer.

A dialog of old and new

Destroyed down to its foundations during World War II, the Deutschhaus was rebuilt in just 150 days in the early 1950s. However, some 65 years later, it was no longer able to meet the functional requirements of a contemporary state parliament building, ranging from fire protection and accessibility to building and conference technology. While the listed facade was preserved, architect Linus Hofrichter was able to completely gut and rebuild the interior of the building. The challenge of the restoration was to preserve the historic character of the building, while simultaneously creating an open and contemporary spatial experience. The result is impressive: Contrasting with the baroque, playful exterior, the interior now presents itself as bright and modern. 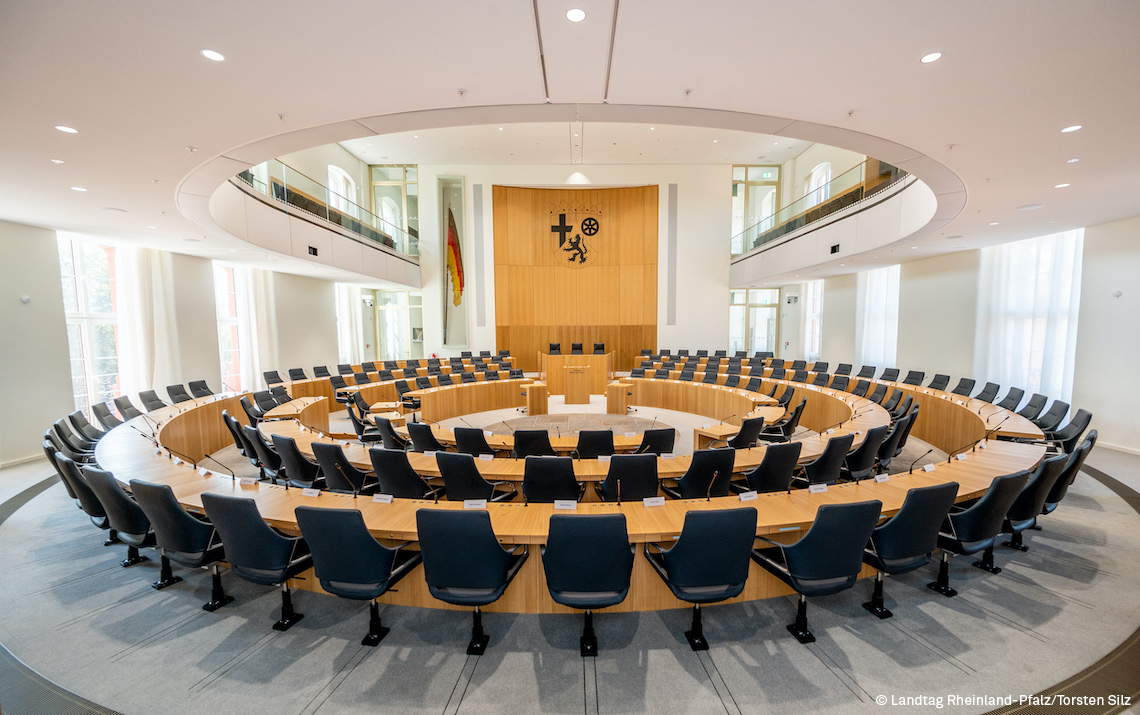 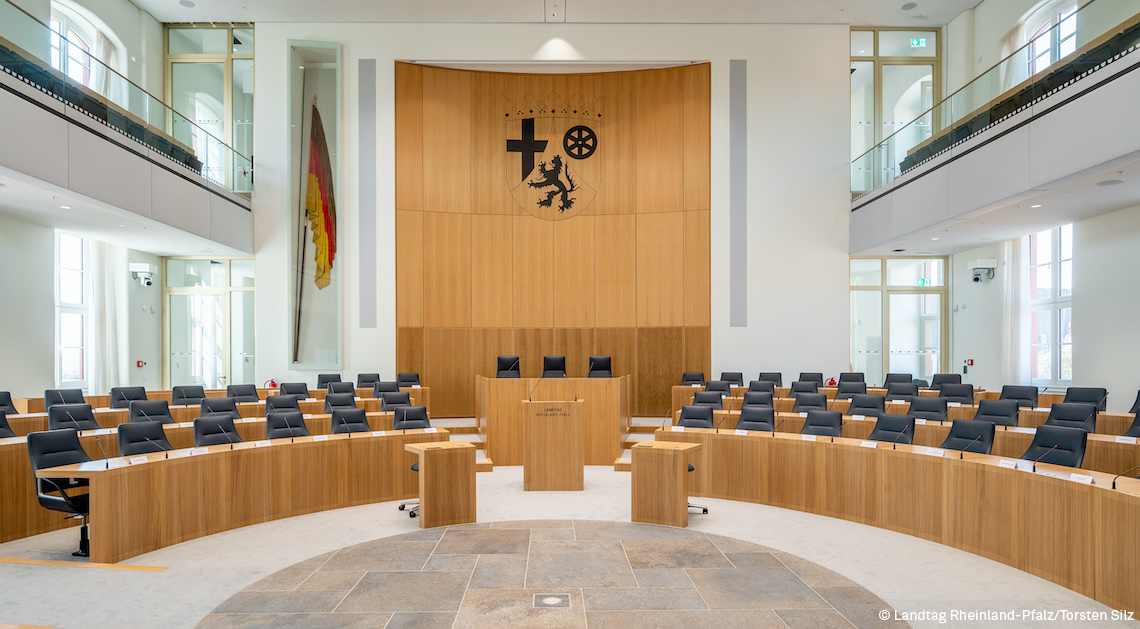 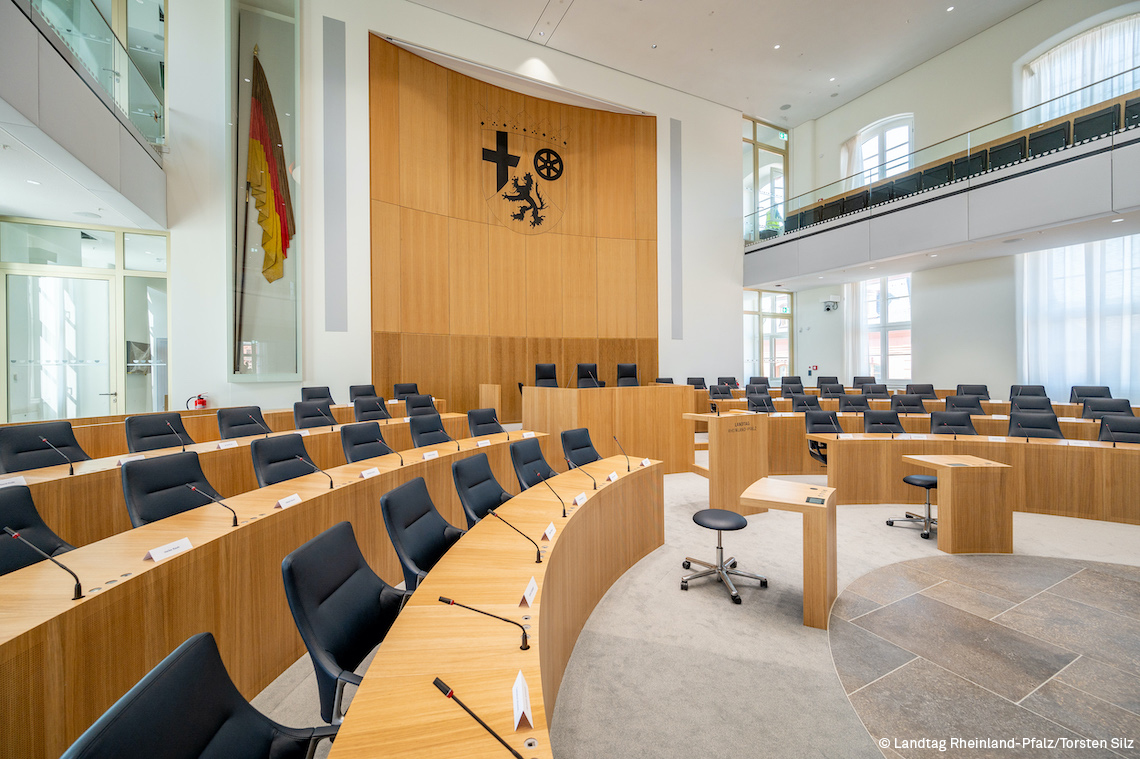 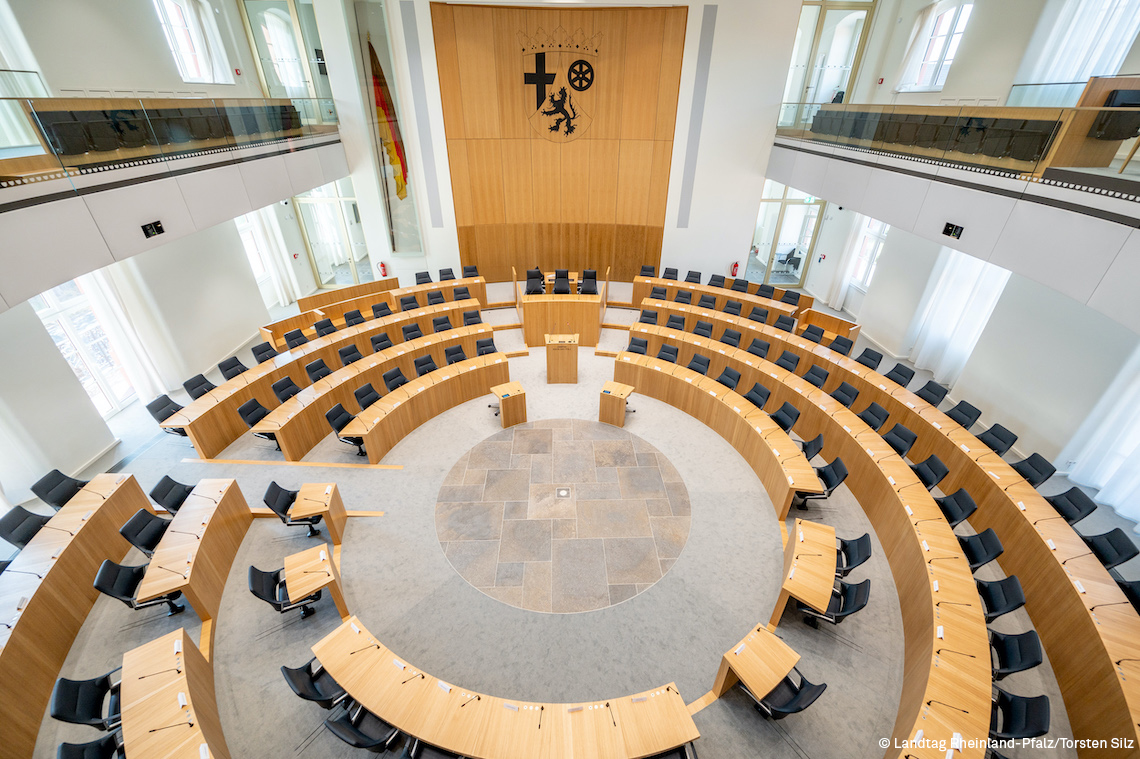 Members of parliament are not just benefiting visually from the makeover of the Deutschhaus, they can also look forward to an ergonomic upgrade: Because all the seats in the assembly chamber have been supplied by Wilkhahn. The clear design language of the strictly circular arrangement of the seats is carried on in the graphical aesthetics of the Graph conference chair (design: jehs+laub). With a classy matt black leather cover, the swivel chair makes a self-confident and contrasting statement in comparison with the rather restrained design of the chamber itself. With its exceptional seating comfort, the fluid transitions and the exquisite feel, it provides the optimal framework conditions for long parliamentary sessions. For the State Parliament, the central column of the chairs is embedded in a rail on the floor, enabling the chairs to slide forwards and backwards but preventing them from being moved around the room. In addition, they automatically readjust after use by means of a return spring, so that an orderly appearance is always maintained in the clear figure of the semicircle. 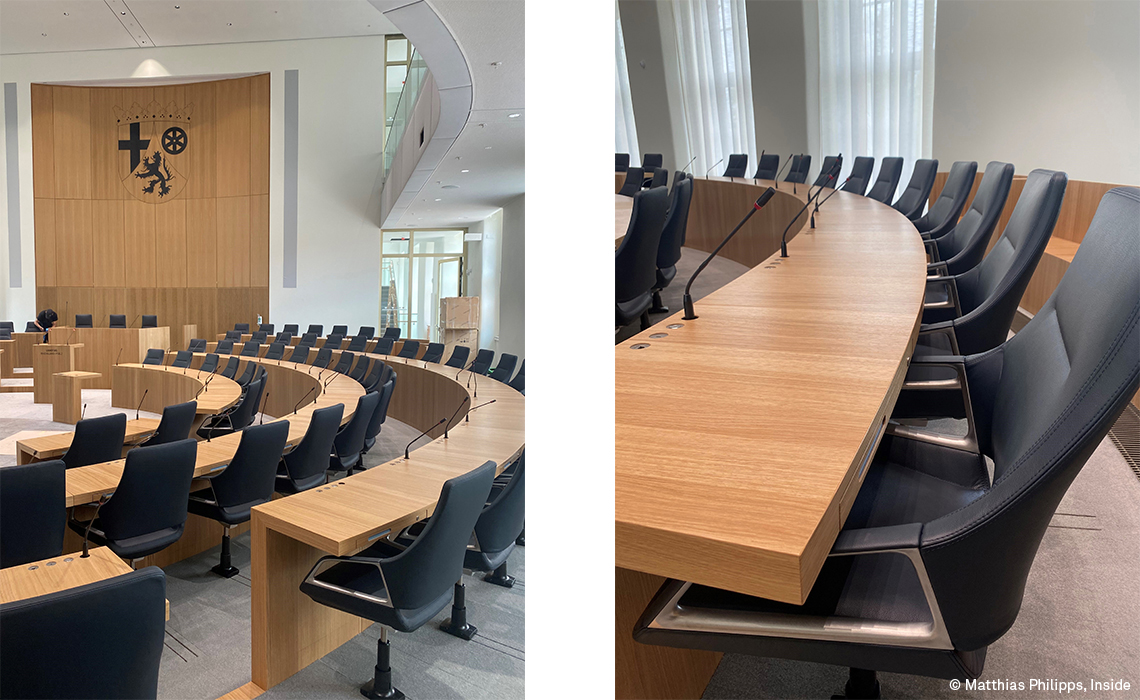 The Graph conference chair immediately catches the eye: With an elegant silhouette, it accentuates the down-to-earth aesthetics of the assembly chamber. Photos: Matthias Philipps, Inside

From September 10, 2021, regular guided tours of the renovated Deutschhaus and the new assembly chamber will be available for the public. More information and registration options can be found on the State Parliament website at www.landtag.rlp.de.

Our monthly newsletter will inform you about exciting events, stories from the office world and interesting product innovations. Subscribe now