At more than 56,000 from 118 countries, visitors to Orgatec 2016 rose significantly by over 10 per cent. The keen interest shown and above all the positive mood in the industry were apparent on the Wilkhahn stand in hall 6.1. And perhaps more importantly, visitors clearly liked the mix of product showcase in various settings and an open-plan café to encourage informal interaction.

The starring roles on this year’s platform were played by the furniture making a debut in Cologne and slated to go into production at the beginning of next year. For example the new Occo chair and table range. Created by jehs+laub, it mirrors the design language of the classic Graph conference range, translating it into a sleek multipurpose line for all sorts of scenarios that include meetings, seminars, collaborations, parties and dining. Equally distinctive is Metrik that was also presented at Orgatec for the first time. Designed by whiteID, the standalone chair with its polygonal areas and rounded edges transforms the characteristics of a cantilever chair into a contemporary design language. Designer Andreas Störiko has developed a multipurpose folding table for Wilkhahn called mAx. Its aesthetic appeal and sophisticated handling concept make it a piece of furniture that’s setting new benchmarks. The range will be available from May 2017 and boasts first class design, requires just one hand to set it up, stabilises itself and has integrated linkage options. 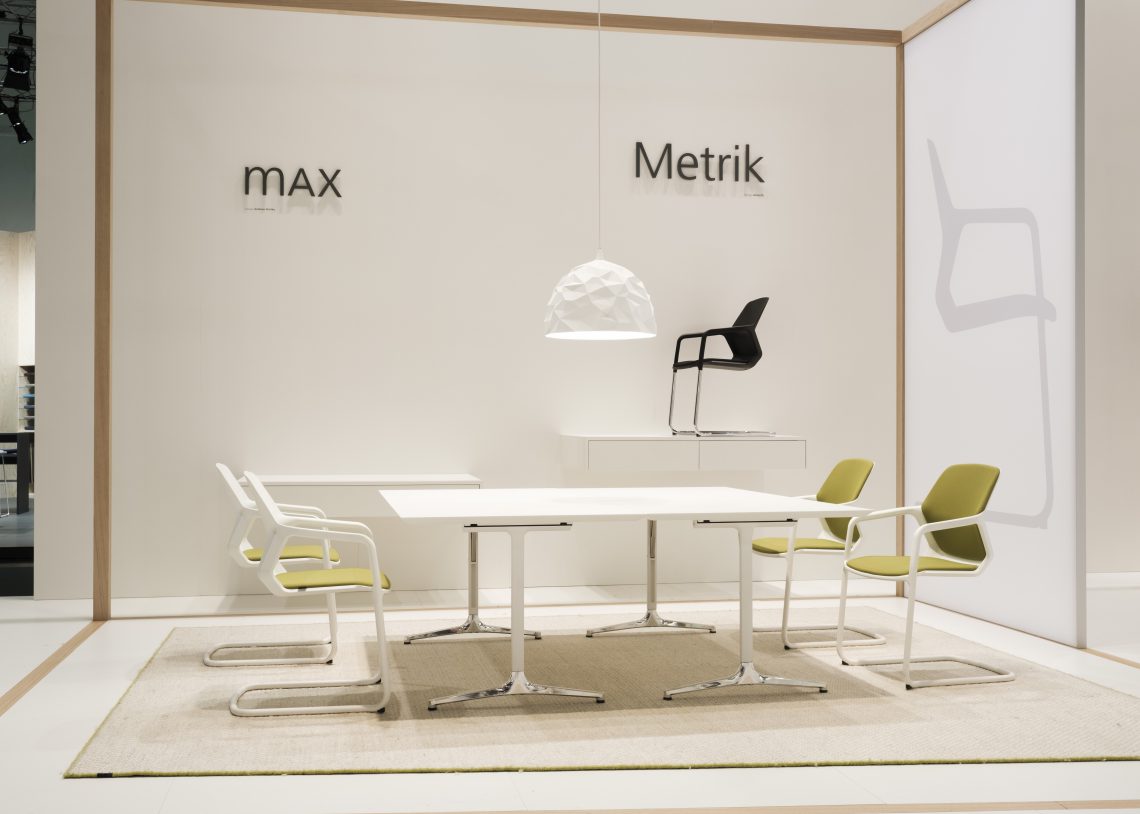 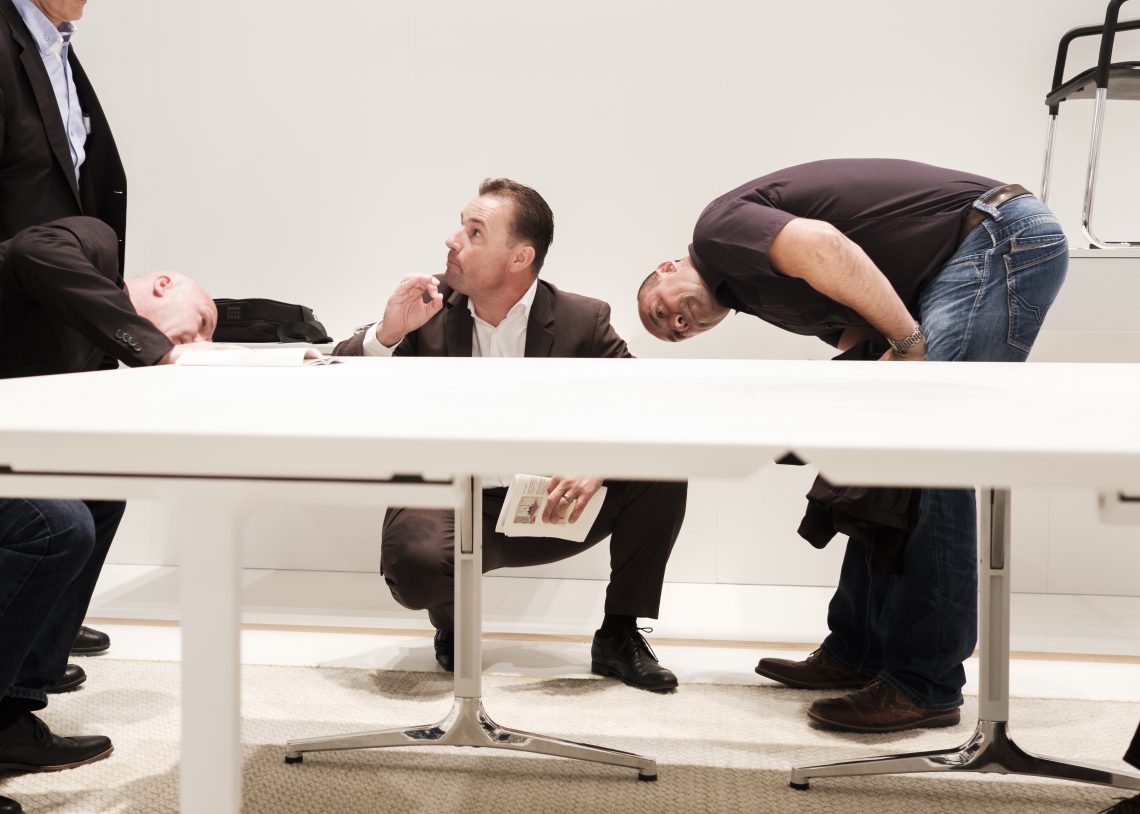 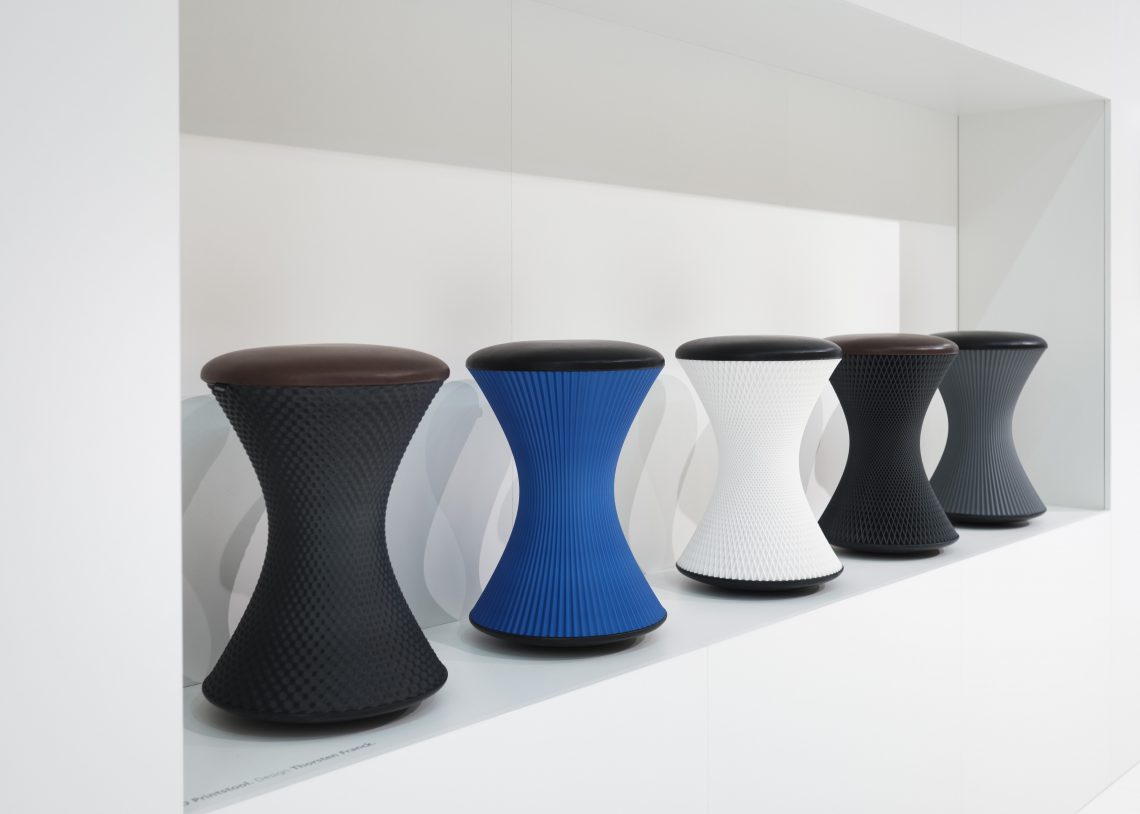 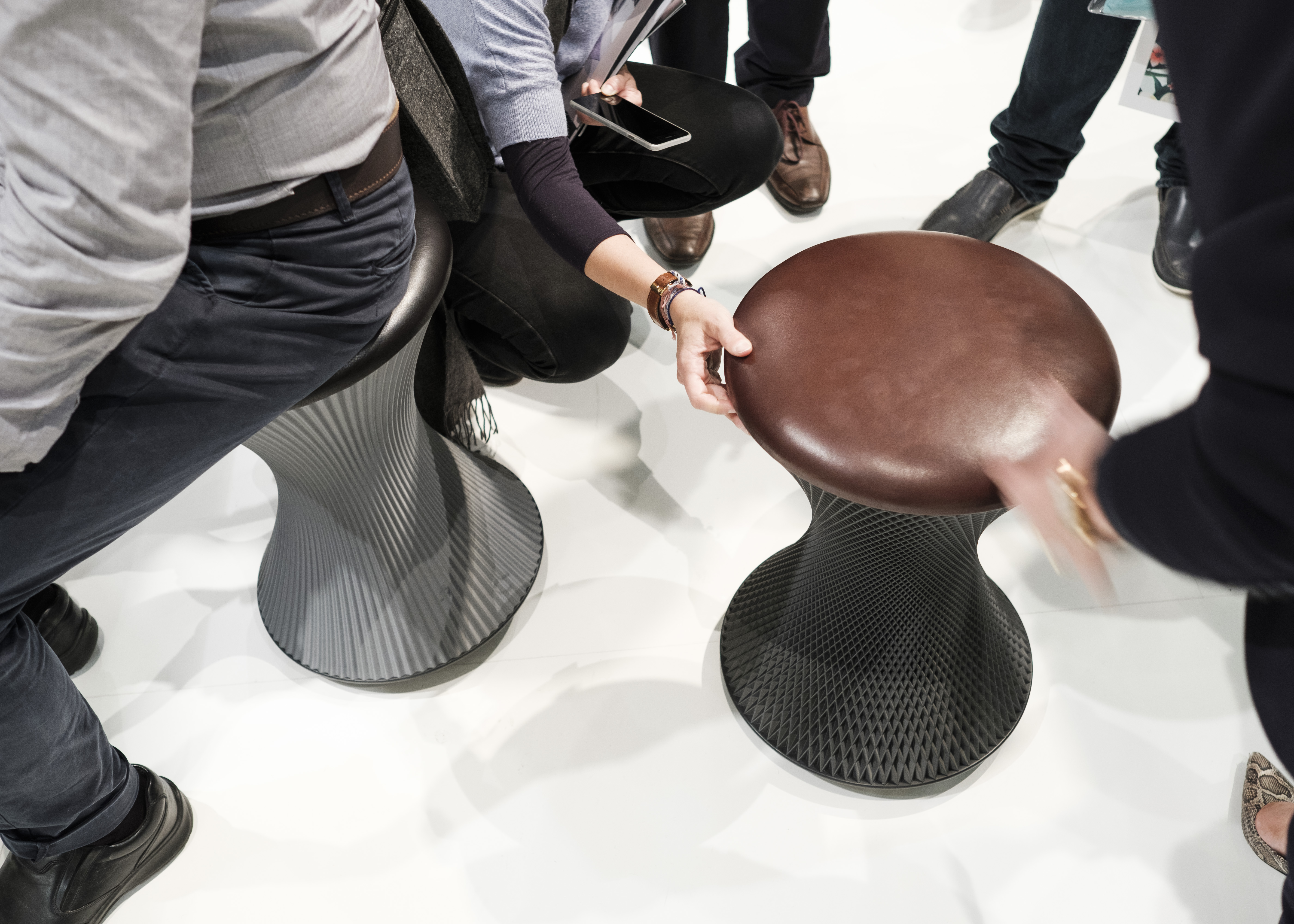 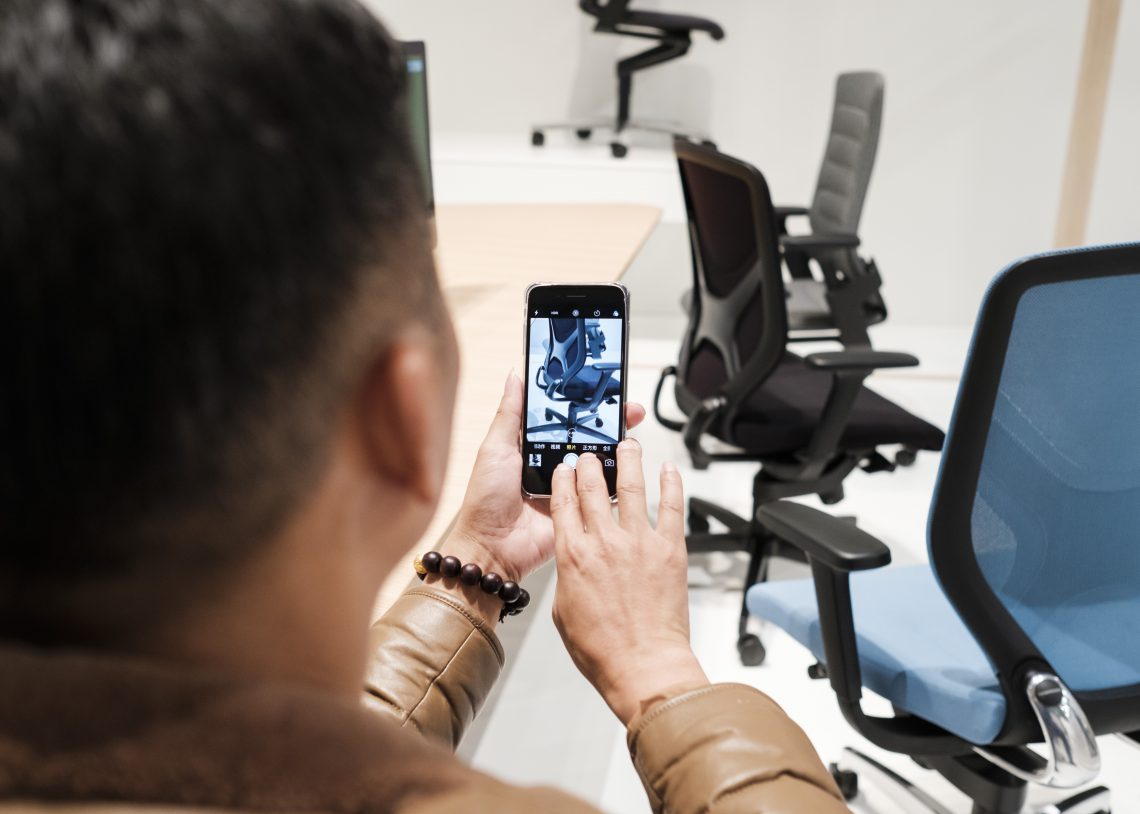 Wilkhahn at the Orgatec 2016, Cologne

IN (design: wiege) took centre stage among the task chairs. A year after the launch, it made an appearance at Orgatec too. Visitors were invited to try its incomparably dynamic, three-dimensional seated comfort during the trade show at their leisure. In addition to its functionality, IN is also impressive for its athletic aesthetic that makes it stand out from the mass of office chairs in the medium-price range. This aspect is also underscored by the models with white through-dyed seat shells and backrest frames which were shown for the first time at the trade show.

Wilkhahn also took a bold look into the future by presenting the world’s first ready-made piece of furniture which (apart from the seat and base) is 3D-printed. Designer Thorsten Franck helped to develop a stool collection whose shapes are ideal for this method of production with its sparing use of materials. PrintStool One’s clever, three-dimensional structures are characterised by their efficient use of materials. The stool is very strong due to the smart way the seat and base are connected and can take people weighing up to 100 kg. The renewable and fully biodegradable, lignin-based printing material also has huge potential in the future. At Orgatec visitors were able to try out prototypes of the current stage of development in diverse colours and shapes.

As important as the new products are, the highlight of Orgatec this year was once again the legendary stand party that traditionally takes place on the evening of the last day of the trade show, in other words on Friday. Around 500 guests seized the opportunity to celebrate a successful trade show with sausages washed down by wine. Later on there was the chance to dance to live music – because after all what could be more appropriate than turning Wilkhahn’s stand into a place for motion?