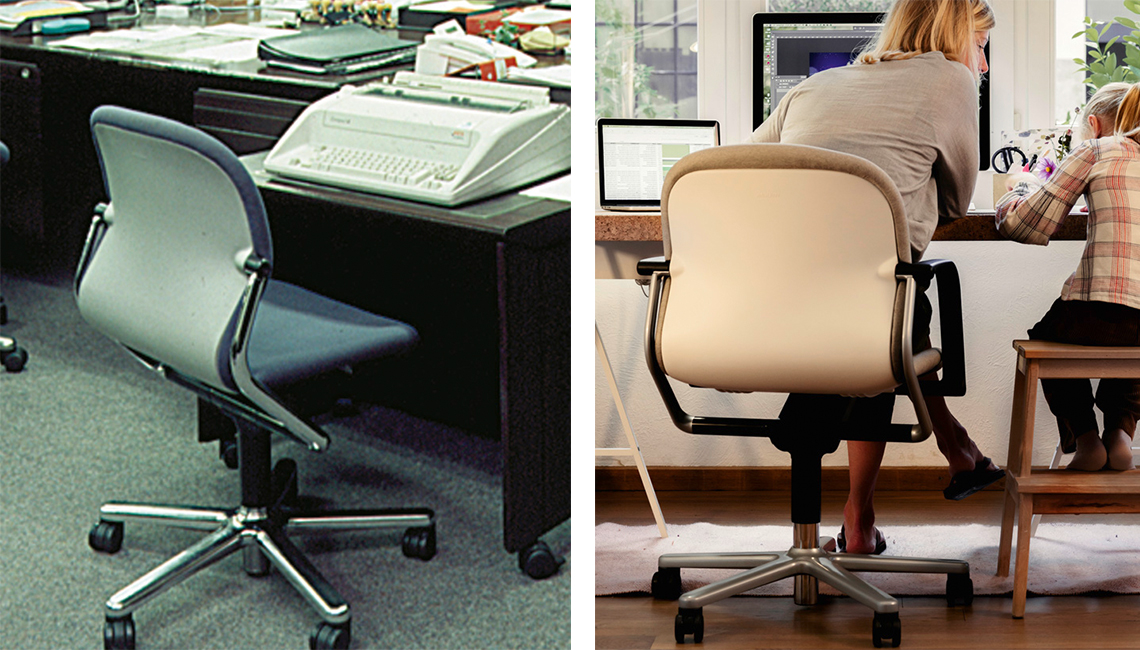 It was the first office chair that encouraged dynamic sitting in an exemplary way. It has outlasted generations of top executives and politicians and helped them to sit through more than the odd crisis. It is considered a premier example of sustainable product design. It was the first global product in Wilkhahn’s history and propelled the company to international success. And up until today, it accompanies hundreds and thousands of people through their careers as a devoted, much-loved friend.

Back in the mid-1970s, Wilkhahn designers Klaus Franck and Werner Sauer came up with the ingenious idea of suspending an extremely flexible seat shell like a hammock between the front rotational axis and the synchronously flexible swivel arms. At the beginning, the FS-Line had no mechanical components. With just spring-tensioned armrests, it became a milestone in office chair development. The range was launched in 1981, with FS being the two first letters of the designers’ names. It stood for simplicity in dynamic seating, in contrast to the heavy seating contraptions customary at the time.

Back in 1998, renowned design journalist, Elke Trappschuh, devoted a monograph to it. On the right: Werner Sauer on the FS as a young designer (1981) and as the dean of HAWK University of Applied Sciences and Arts Hildesheim/Holzminden/Göttingen on the chair’s 20th anniversary (2000). Photos: Wilkhahn

A study by the Centre of Health at the German Sport University Cologne corroborated that, in terms of ergonomics, the FS-Line is still one of the best. What’s more, the study highlighted the FS-Line’s remarkable range of motion. Decades before anyone even thought about it, the backrest had a level of three-dimensional flexibility that remains exemplary even today.

But the FS-Line is more than just ergonomics, it also stands for first-class design. In 1998, a monograph was even devoted to it as part of a series of books on design classics. The FS 220 executive line with its sprung steel frame and elaborate upholstery helped (and still helps) top executives and statesmen, from Helmut Kohl to Gerhard Schröder and even today’s German cabinet, to sit through crises. France’s erstwhile Première Dame, Carla Bruni, also used the FS chair in the Élysée Palace in Paris because she liked the healthy comfort it provided and its understated look.

Last, but not least, the FS-Line is considered a perfect example of sustainable product design. This office chair lasts and lasts, requires hardly any maintenance and can therefore be passed on to other generations. Because instead of just providing or selling new office chairs, Wilkhahn has been giving customers the option of having existing models revamped and updated for decades. So there’s a good reason why a lot of banks and local authorities, for example in South Africa, are still choosing the FS-Line today. Just like many other customers the world over, they welcome the chance to give their FS-Line chair a second or even third lease of life. While all components requiring a significant amount of energy and materials to produce have virtually unlimited usage, by exchanging covers and upholstery, the chair almost looks new.

Wilkhahn’s maxim for the flyer to mark the 40th anniversary is A Chair to Last Generations and underscores the seating’s strong points, particularly in an age when so many people are working from home. A mix of historical and contemporary images is directed at people who were children back then, or possibly not even born. In view of climate change and the need to be responsible with resources, it’s wonderful to see that the FS-Line is just as relevant today as it was on day one. And it’s a chair for future generations too. 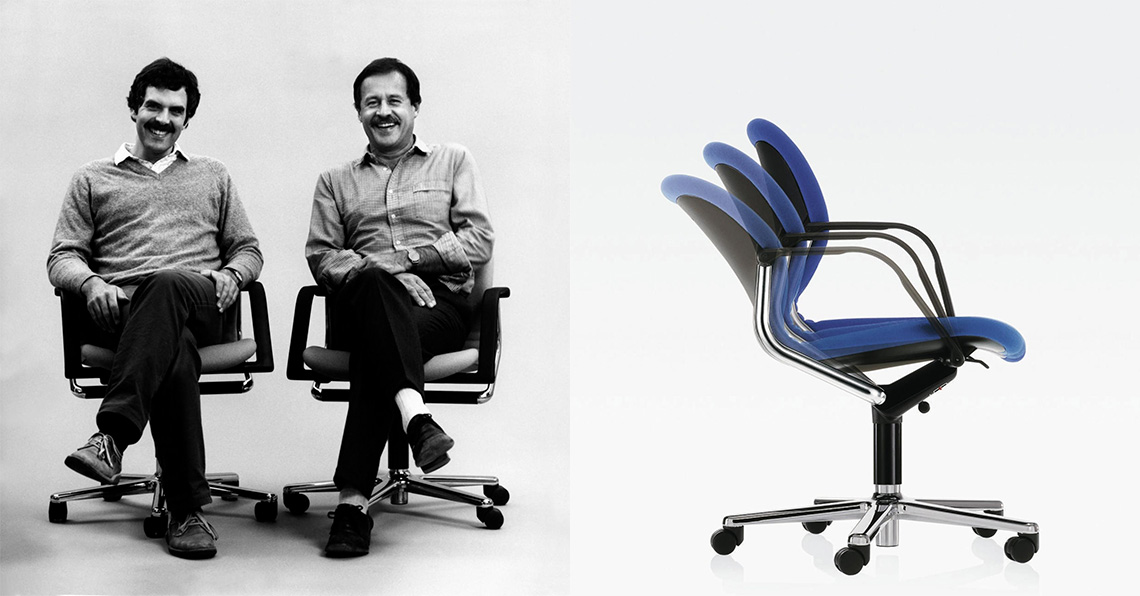 Designers Werner Sauer (on the left) and Klaus Franck on their FS-Line chair in 1980. Photo: Wilkhahn