As Wilkhahn’s CTO, one of Dr Dorothea Giesecke-Kuppe’s achievements has been to complete the biggest order in the office-furniture manufacturer’s history. She’s currently preparing the restructuring of production processes at Wilkhahn’s factory in Bad Münder, Germany. The CTO has a PhD in economics and originally wanted to pursue an academic career path. Born in 1958, Giesecke-Kuppe has her mother’s strong will to thank for the fact that she was allowed to pursue her education further and go to university at all. We talked to her about illusions, the right image and the right books. 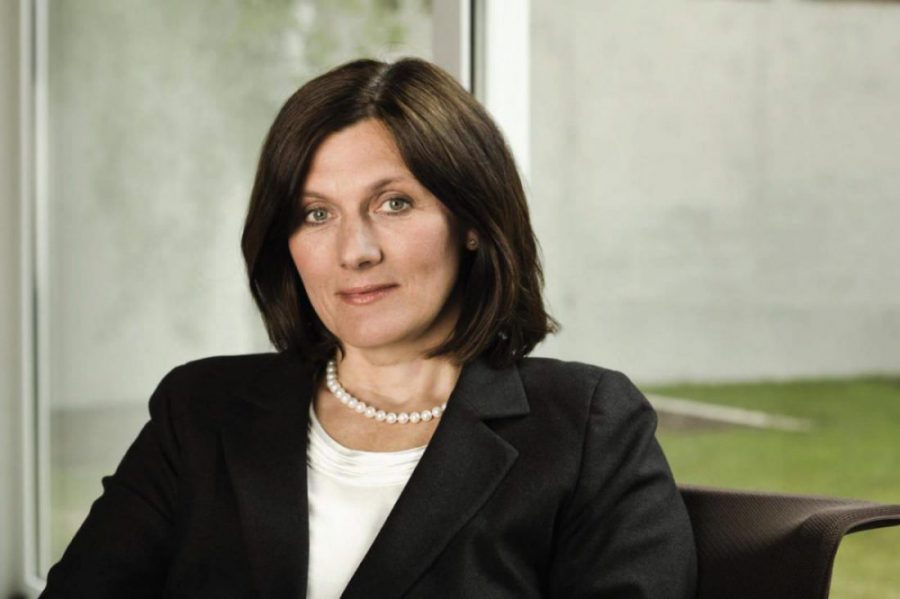 Dr Giesecke-Kuppe, is being a manager your dream job?

At one time I wanted to be an architect. (She laughs) But after finishing high school, a careers advisor talked me out of it. I thought economics and business studies sounded interesting. But not because I wanted to go into management. I wanted to see how industry influences politics and society. I did a degree course in business studies in Hanover. I’ve always been interested in labour market policy, which was also the subject of my PhD: supply and demand on labour markets, i.e. labour economics.

Is the academic world in your genes?

No, not at all. I come from greater Hanover, from a village called Isernhagen. My grandfather was still a farmer and I was the first descendent of the Giesecke family to gain qualifications that allowed me to go to university. And that was what my mother wanted. She wanted me not to have such a hard working life as she did. My mother was in sales and she encouraged me hugely. For example, she didn’t want me to go to the little rural school in Isernhagen. That was a primary school where the first three grades were taught together. She thought that was poor preparation for the high school she wanted to send me to. And it was her deliberate plan for me. I was a good student and always enjoyed learning. That’s perhaps in my genes. (She laughs)

What made you switch from university to industry?

In 1990, I was in my early thirties, had a PhD and a postdoc job at a university. As a lot of money was being ploughed into the new Germans states following the fall of The Wall, it wasn’t clear whether my contract would be renewed. So I changed my mind. During this process, I was supported by the father of my boyfriend at the time. His dad acted as a kind of mentor to me. He was on the management board of a company in Salzgitter and advised me to move to industry. As part of my postdoc job I had a grant, but before I could even start I found myself giving courses for apprentices and master craftsmen in Hanover. They weren’t interested in economics, but needed bookkeeping and cost accounting. After finishing university I hadn’t got a clue about subjects like those. Today, there’s no need to keep that a secret. Jochen Hahne knows that too! (She laughs) So I just went and got a few books. I had always thought that business studies was so easy that you could read up on the subject if required.

Where did life take you to start with?

I moved to Frankfurt where I was responsible for finances and controlling at an SME for seven years until 1997.It was fun to start with, but the company’s business stagnated and then went into a steep decline. I saw an ad in a German newspaper called the FAZ for an accounts director and Jochen Hahne was specified as the person to contact. I knew him from university and had heard of Wilkhahn too. I was to succeed someone retiring and did so in 1998. Wilkhahn was bigger and had an international structure and I needed some time to familiarise myself with the business.

Is that a move you’d also recommend to younger women who are looking for a similar position to yours?

I can only advise them to look at successful men. It’s not about bursting with self-confidence. During my career, I’ve not always been confident, but then I realised that I’m not any less smart than anyone else and had learnt just as much. It’s primarily men who sit on management boards and men behave differently towards each other as well. They tend to be more like buddies who joke amongst one another. Women – well that goes for me at least anyway – often think: when are we going to get to the point at last? Rude jokes are no longer made. But there were situations like that too.

And what was your answer to them?

I like to provoke people sometimes too and then go a step further so that people are surprised. That’s my approach.

You’re not the only female manager at Wilkhahn. Simone Vingerhoets-Ziessmann is Wilkhahn’s CEO in the US. Do you find yourself talking to her sometimes?

I hardly ever see Simone Vingerhoets-Ziessmann of course because she’s based in the US. But occasionally we’ll look at each other in a certain way because we see a situation completely differently than men do.

Many office furniture manufacturers don’t even take the physical differences between men and women into account. There are conference chairs whose flexible backrests are only available for people weighing 70 kilos upwards. What’s the situation at Wilkhahn?

I believe that we do tick differently at Wilkhahn. We adopt an international mindset in this respect. I joined Wilkhahn at a time when the business wanted to expand markets in Australia. This was a process I played an active role in. Then it was the turn of the US. Wilkhahn had had licensees in Japan for a long time. Americans and Japanese people’s physical characteristics are very different. And our products are of course made for women too. I think that our product development processes have been reflecting intercultural and gender aspects for a very long time. 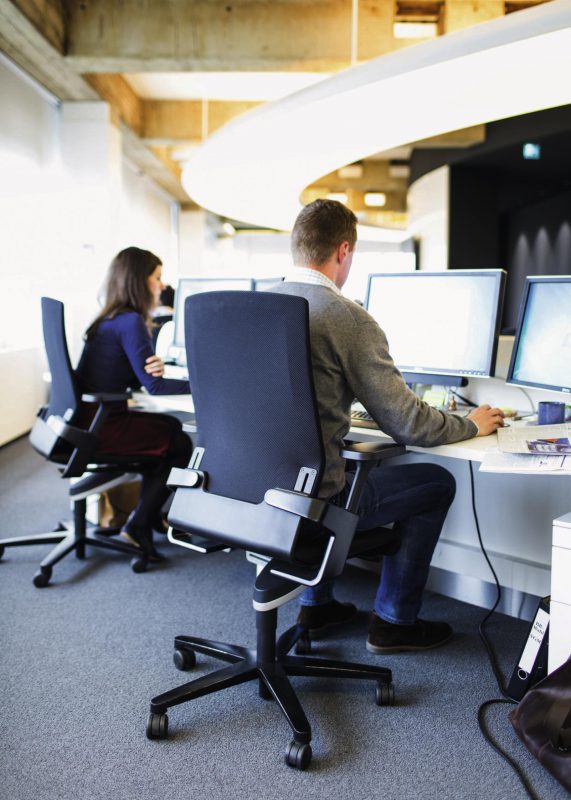 Wilkhahn office swivel chair ON is available in three backrest heights, three armrest pads and three types of upholstery. The counterpressure of the backrest is fast to adapt with just two fingers and only a few rotations – for people weighing from 45 to 120kg.

What do you think women do differently to men? What could they do better?

Women often believe they have to solve everything via content, work and performance. But I now know that that’s only the half of it. The other half is all about communicating. How do I involve others in a process? How do I sell my content? In the past I’d have been cross if somebody had said that to me. It was easier for me to think something through in an even more analytical manner instead of wondering how to package my strategies best so that I can impress other people. And having the right image is part of that. My goddaughter is currently doing her PhD. I always try to make her understand that she will have to wear different clothes at some point, even if I did wear jeans and parkas back in the day. Of course that’s not something she wants to hear because she wants to be respected for her work alone. It would be great if women could find a fun way of dealing with that. It’s also important to consistently seek allies.

You’ve been CTO since 2015. How was that at the beginning?

My remit was to handle the biggest project in the company’s history, 10,000 office chairs for a project in Abu Dhabi. It was my responsibility to make sure the order was produced and delivered. The core issues concerned communication and coordination – ensuring that the key players kept calm. We completed the order very successfully. Last year we then bought an upholstery company in Poland. We’ve completed the contract side of things and now it’s time to embark on the practical side. I’m constantly in contact with the works manager and procurement manager. These are important areas.

What will the next biggest challenges be for you?

We want to reorganise manufacturing and material flows in the factory. This means that we’ll also be attaching the raw materials warehouse to production. Today, it’s not on the production site, which means that we have to transport some of the components by lorry ourselves. That’s very time-consuming. So the whole material flow process needs to be restructured. We will continue to develop our product portfolio so changes in the production process will also be necessary, for example with regard to capacities and assembly islands. We’re currently drawing up a project plan and will execute this over the next two to three years.

What construction changes will be necessary?

Herbert Hirche, Frei Otto and Thomas Herzog’s attractive buildings won’t be affected. But we do have a few classic industrial buildings from the 1970s where main assembly takes place. They will have to be replaced. We’ll probably construct a two-storey building and integrate a warehouse.

While we’re on the subject of major restructuring: could you imagine carrying out an architectural competition to redesign the company’s campus?

I’m not really sure at the moment. I haven’t finished reading the right book yet. (She laughs)

I could imagine you might. Thanks for talking to us Dorothea Giesecke-Kuppe.

You can find out more about our corporate policy here.