Back in the 1950s it was a fabric warehouse, but nowadays the building at Greifswald station is the location for Riemser Pharma’s offices. Interior designers Reuter Schoger Architekten (Berlin) recently converted the building for the company, which specialises in marketing and selling pharmaceuticals. Back in 2015 they had already redesigned its Berlin branch. The capsule is the source of inspiration and design element that creates a sense of identity. Its distinctive form is encountered in the seating, ceiling panels, lighting, desks and partitions.

The round shapes of the capsule-like elements contrast with the rough character of the architectural shell. The designers specifically accentuated the industrial appeal. The linear formwork of the reinforced concrete ceilings complements the dark flooring made of polished mastic asphalt with its slightly springy feel when stepped on. Special care and attention was paid to laying the building’s pipes and cables to leave them deliberately exposed. A nuanced lighting concept with plenty of daylight also has an energising effect. Wilkhahn’s ON office task chair adds a further boost. Its crisp lines match the intriguing backdrop and its patented Trimension technology allows three-dimensional, synchronously supported dynamic sitting. ON encourages people to rotate their pelvises which helps to stabilise their spines and prevent backache – with no prescription required!

For more information about the ON office task chair visit: www.wilkhahn.com 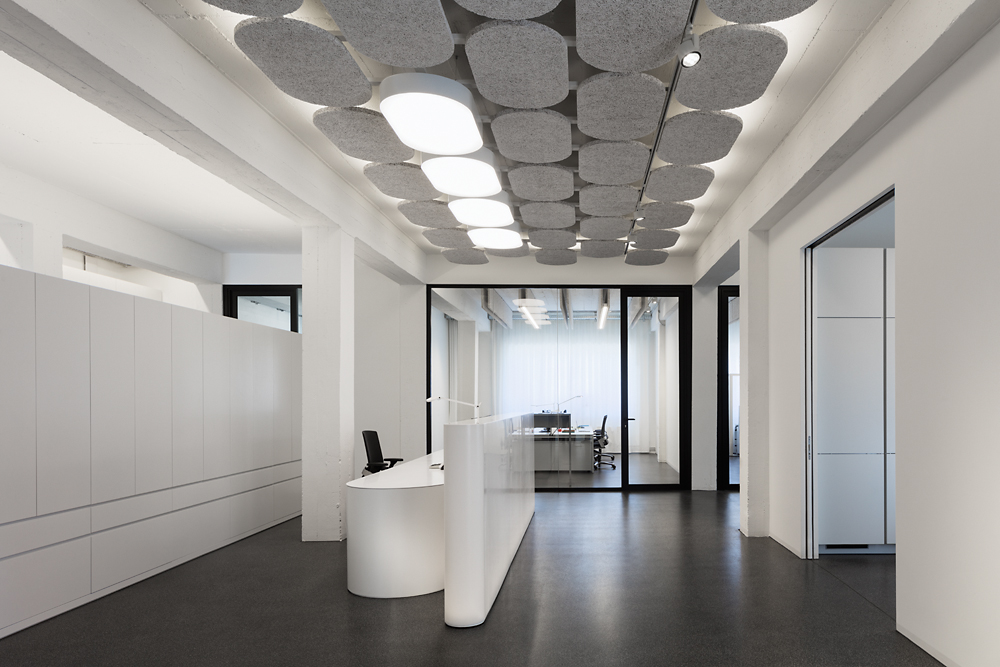 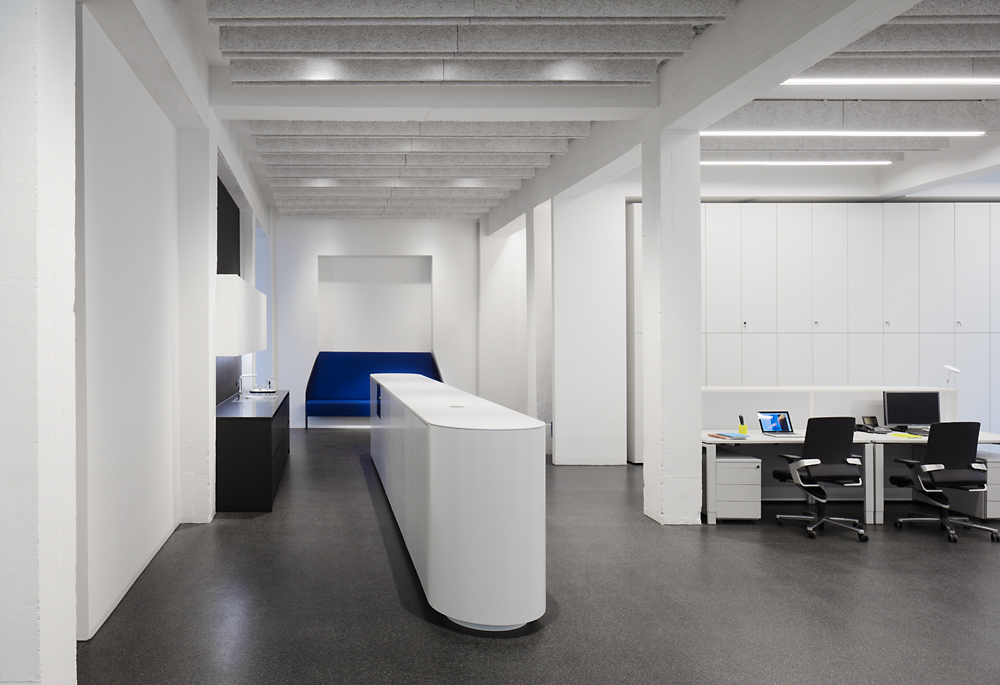