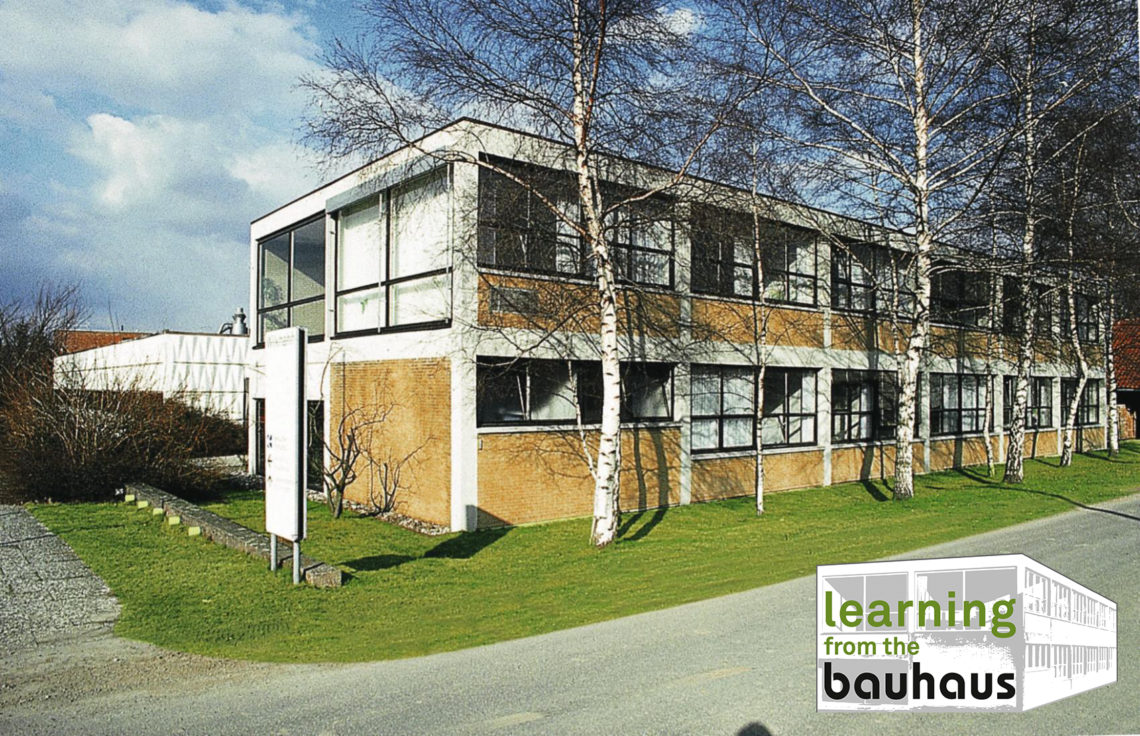 The Wilkhahn management building, based on plans by Bauhaus student Herbert Hirche, in Eimbeckhausen (1959), was the inspiration for the logo that Wilkhahn’s using for its Bauhaus centenary publications and events.

Wilkhahn is one of those SMEs that evolves with each new generation. The company was founded as a business that crafted chairs made of beech by Christian Wilkening and Friedrich Hahne in 1907. When Fritz Hahne, the founder’s son, joined the company in 1947, the company quickly became very design focused. Design is a concept that didn’t take on its present-day meaning until the post-war period. 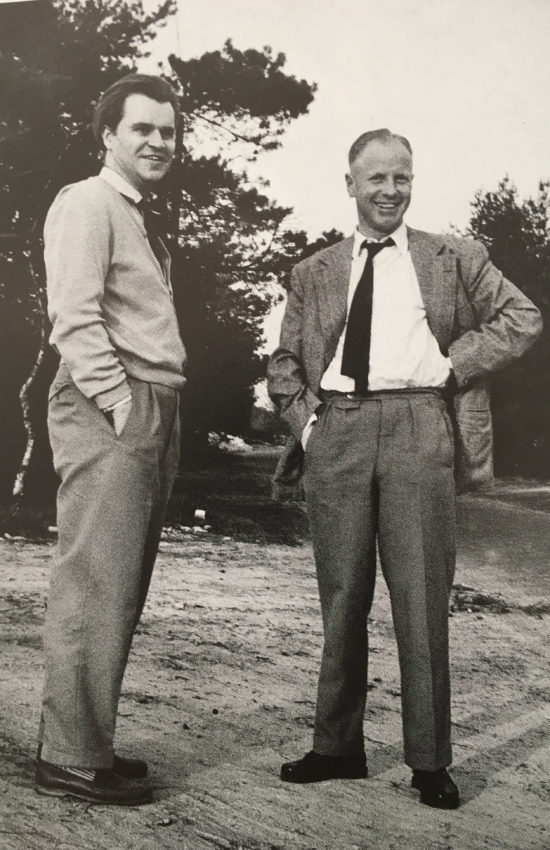 Fritz Hahne (on the right) at the site of the future branch in Espelkamp, 1954.

At the time, the legacy of the legendary Bauhaus design school was languishing. Many erstwhile Bauhaus lecturers like Walter Gropius and Ludwig Mies van der Rohe had emigrated or stayed in Germany but remained opposed to Nazism. Inge Scholl, the sister of the two resistance fighters Hans and Sophie Scholl, who were murdered by the Nazis, joined forces with her school friend Otl Aicher to create a foundation in memory of her siblings, which spawned Ulm University of Design. The former Bauhaus student Max Bill is the link between the Bauhaus and Ulm University of Design. Bill had already made a name for himself internationally before and during the war and had been a member of the CIAM Congrès International d’Architecture Moderne since 1938. He got former Bauhaus lecturers like Josef Albers, Johannes Itten, Walter Peterhans or Helene Nonné-Schmidt to come to Ulm; Ludwig Mies van der Rohe visited the campus and the Bauhaus founder Walter Gropius opened the University of Design, designed by Bill, in Ulm in October 1955.

Georg Leowald’s Flexor chair, 1954. The exceptional comfort was due to the torsion spring made of fibreglass rods, which was positioned underneath the seat and a total sensation in the upholstered furniture industry at the time.

At the time, Wilkhahn was already collaborating with modernist designers such as architect Georg Leowald who saw himself as following the Bauhaus tradition. He later became a lecturer at Ulm University of Design himself (1957-59). For example, Leowald came up with the revolutionary Flexor chair for Wilkhahn (1954) with a torsion spring made of fibreglass rods underneath the seat. He was to have a lasting impact on the company’s concept of design and delight at experimenting with innovative materials in particular. During the 1950s, Fritz Hahne also came into contact with other architects, such as Herbert Hirche, the former Bauhaus student and longstanding colleague of Mies van der Rohe. During the collaboration with Hirche, the company transformed itself from being a chair manufacturer to a contract furnisher. It didn’t just make standalone chairs but entire product ranges of chairs, tables and sofas. At the same time, the company began to furnish educational, healthcare and transportation facilities to offices and event venues. A typical example is the 480 upholstered furniture series by Herbert Hirche who later also designed Wilkhahn’s new management building (1959). 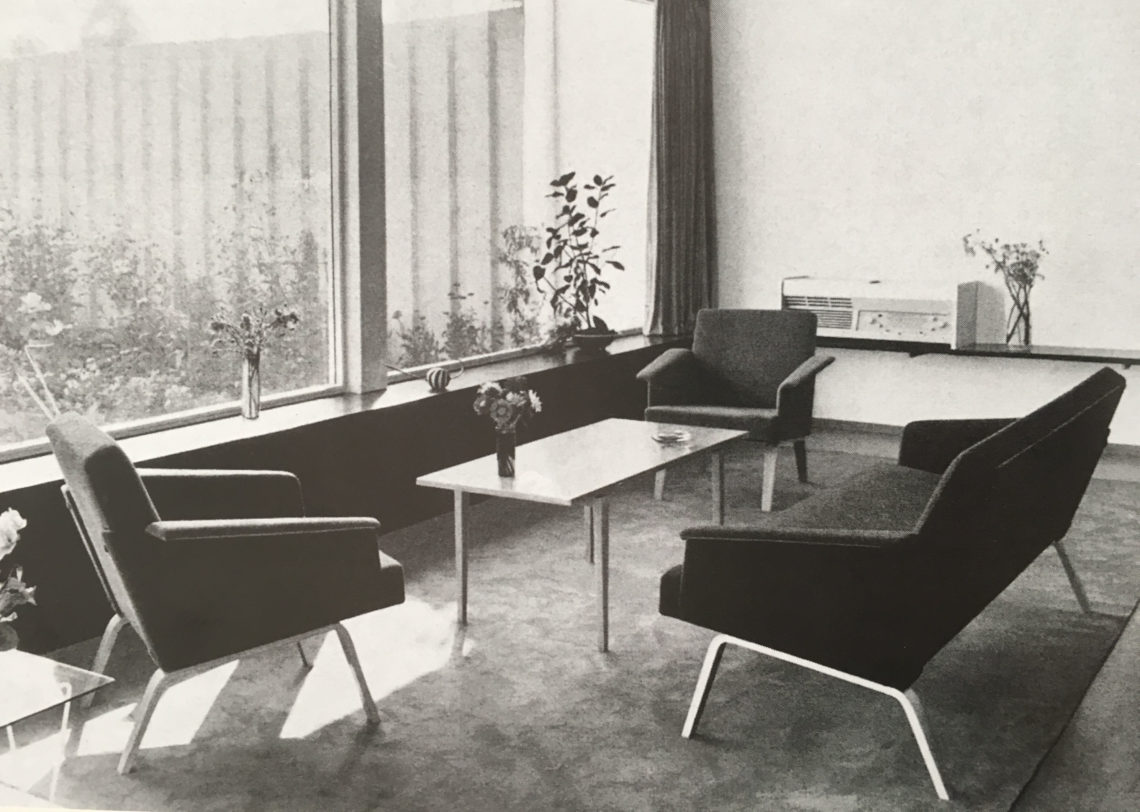 In 1957, Herbert Hirche designed the extensive 480 upholstered furniture range with linear and very delicate solid wood frames (bottom). As a variant, the 486 lounge chairs had feet made of compression-moulded laminated wood.

The collaboration with Georg Leowald consolidated the link to Ulm University of Design, which is where Wilkhahn learnt new methods of developing innovative and durable products. In the following few years, milestones in corporate design, product development and entrepreneurial responsibility were created with Ulm lecturers and students such as Tomás Gonda, Herbert Ohl, Wilhelm Ritz, Klaus Franck and Hans “Nick” Roericht.

Wilkhahn’s subsequent factory buildings, designed by architects Frei Otto (1988) and Thomas Herzog (1992), underscored the desire to repeatedly reinterpret the legacy of modernism for future generations. Which is why Wilkhahn’s events to commemorate the Bauhaus centenary are all about Learning from the Bauhaus whose holistic and interdisciplinary design approach combined with a commitment to and responsibility for society are, today, more relevant than ever before. 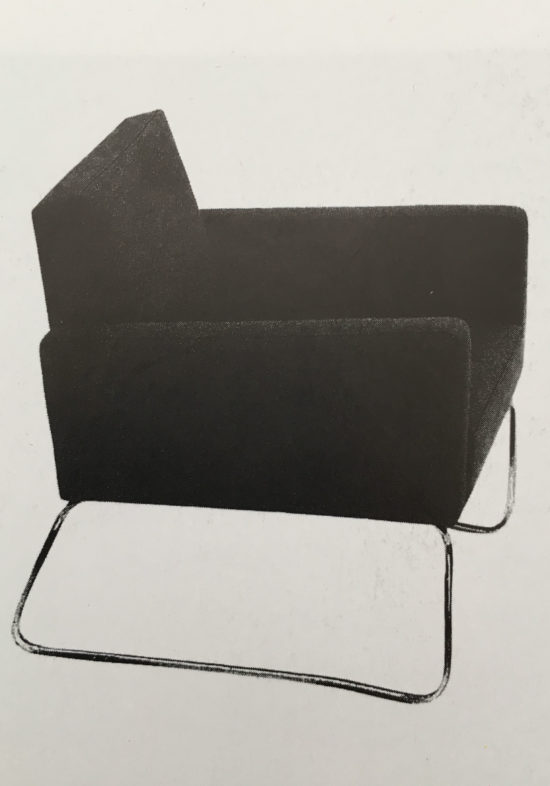 Upholstered furniture without too many frills: 852 collection, 1956. 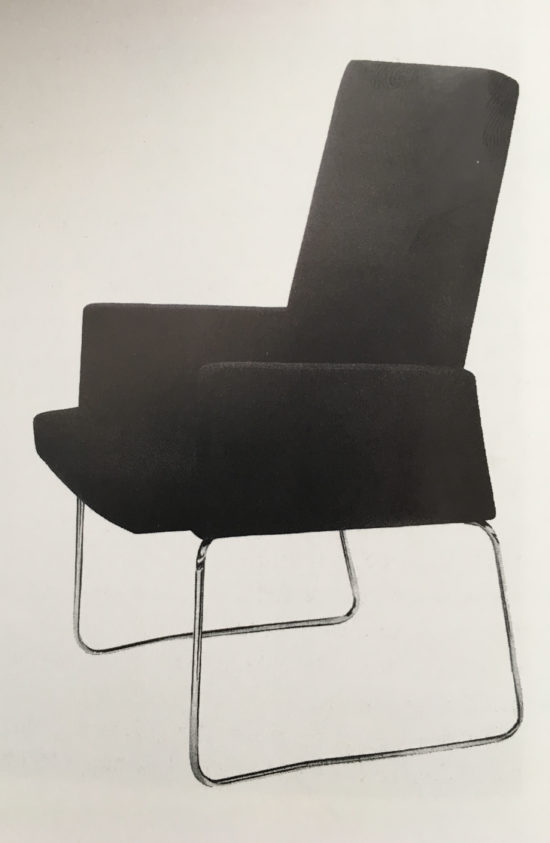 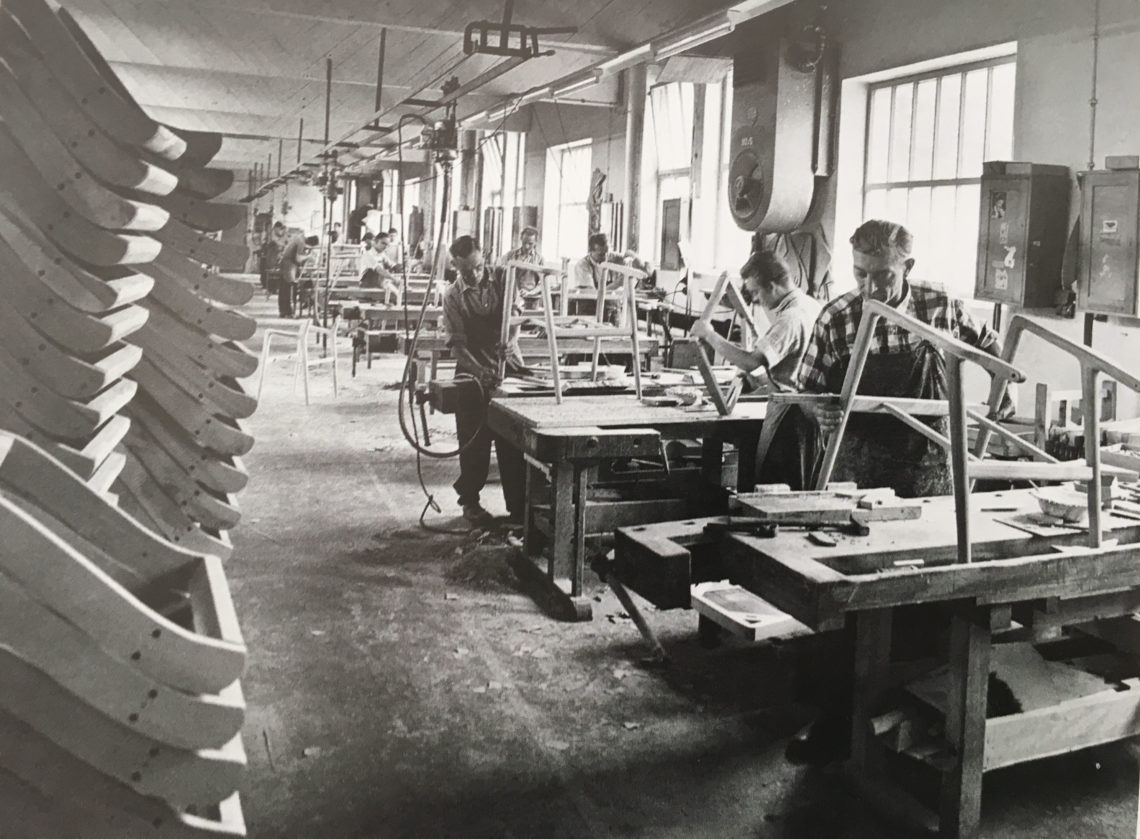 Similarly to all chair-making businesses in the region, Wilkening & Hahne was basically a large workshop until the mid-1950s.

Articles in the Learning from the Bauhaus series