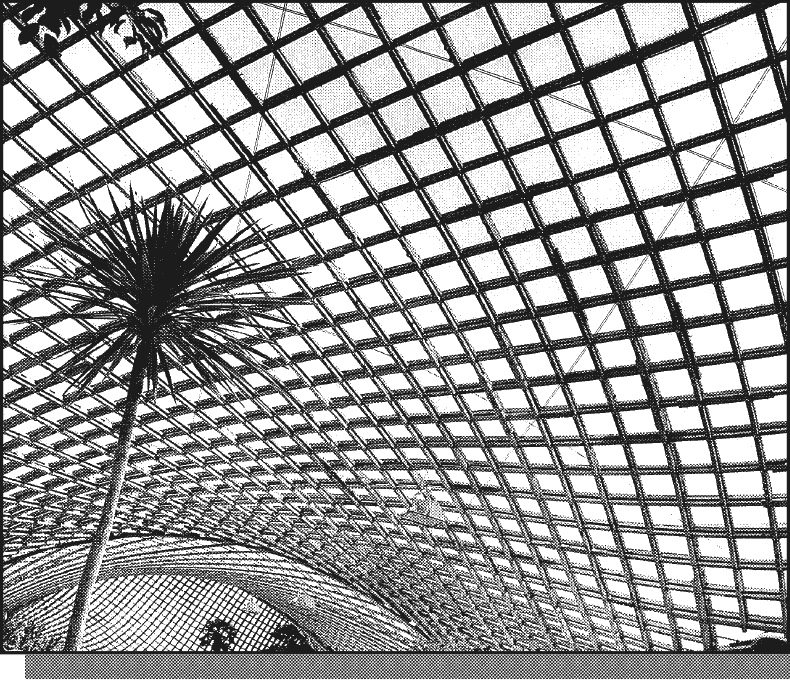 In curating the Sleeping Beauty – Reinventing Frei Otto’s Multihalle exhibition during the Architecture Biennale in Venice, Georg Vrachliotis and Sally Below wanted to highlight the potential fate and future of the Multihalle in Mannheim. The hall was built based on plans by Frei Otto as a temporary structure during the German Garden Show in 1975 and the gridshell design made of wooden slats is known all over the world right until today. The curators are creating a link to the major Frei Otto exhibition entitled Thinking in Models at the ZKM Centre for Art and Media that Georg Vrachliotis developed and curated as part of his work as a lecturer and researcher at the Karlsruhe Institute for Technology (KIT) in 2016. However, the focus of Sleeping Beauty lies exclusively on the Multihalle and the exhibition’s architect is again Markus Frohn from frohn&rojas.

Sleeping Beauty – reinventing Frei Otto’s Multihalle in Venice conveys a view of the building from two perspectives: firstly, it shows the experimental history of the building, the way it was constructed and the underlying design process through numerous models with the aid of original material from the saai archive (Südwestdeutsches Archiv für Architektur und Ingenieurbau). Secondly, the purpose is also to reflect the intensive debate that has developed about the hall and its future use over the past few years. Mannheim council is working with a dedicated group of artists, architects, interested citizens, universities and engineers who want to develop a new sustainable concept to keep the Multihalle. This collective design process is unique throughout Germany.

But the curators’ aim is also to come up with and convey a reinterpretation of the Multihalle – and move away from a technically focused reception – to a perception of it as a platform of an open society. To quote Below and Vrachliotis: “The Multihalle has evolved from a built object into a subject of discourse.”

Wilkhahn’s sponsoring the exhibition as a partner from industry. Georg Vrachliotis is also the keynote speaker and co-moderator of the architecture symposium Shaping the Future – Frei Otto’s Cultural Legacy, which Wilkhahn’s holding to mark the 30th anniversary of the Frei Otto pavilions on the Wilkhahn premises in Bad Münder at the end of June 2018.

Dates: The Sleeping Beauty – reinventing Frei Otto’s Multihalle exhibition will be officially opened on the island of Guidecca on 24 May 2018 at 5.30 p.m. Alongside the curators, other people speaking will be the state secretary of the Federal Ministry of the Interior, Building and Community, Dr Gunther Adler, and Dr Peter Kurz, the mayor of Mannheim.