The biopic is simply called Rams. It’s as understated and simple as the products created by one of the most important German 20th century designers. Dieter Rams is over 80 and being honoured with a feature-film-length movie. The author and director is New York filmmaker Gary Hustwit who has already made a name for himself on the international design scene with his Helvetica, Objectified, Urbanized design trilogy. The Rams film’s impressive deliberately long shots are accompanied by mesmerising music scored by Brian Eno. As delightful as the music is, it’s sometimes almost distracting because we’re familiar with the polished statements Dieter Rams makes as being equally finely constructed and understated as his designs. It’s all the more enthralling when the master of his craft just says the first thing that comes into his head, revealing how he thinks:

“I’m rather concerned that people nowadays don’t look each other in the eye any more, but stare at a tablet instead, even when they’re crossing the road.”

“A complete rethink is what we need. Not just where design’s concerned, but in general. And maybe we need to take a step back and say less and better.”

“Simplicity is the key to brilliance”.

“The aesthetic quality of a product is an integral aspect of its usability. Because appliances you use daily significantly define your personal environment and influence your well-being. But only things that are well made can be attractive.”

As longstanding design chief at Braun, professor at the University of Fine Arts Hamburg and president of the German Design Council, Rams hasn’t just made a major impact on German product design, but also much farther away, for example in California, where he followed in Hartmut Esslinger’s footsteps by inspiring Jonathan Ive and his team in designing Apple devices. His Ten Principles for Good Design are the international design elite’s secret 10 commandments and of course apply at Wilkhahn too.

Director Gary Hustwit had already met Rams while shooting Objectified in 2008. The film portrayed numerous creatives ranging from the Bouroullec brothers to Rams all the way to Naoto Fukasawa. Another little gem of a film is Helvetica about the font of the same name and Urbanized is all about urban development. The 90-minute Rams film was crowd funded via Kickstarter and is slated to come out this september. The three teasers already convey something of the film’s engrossing nature.

For more about Wilkhahn and our design and company philosophy click here.

Dieter Rams at the pool in his garden in the Braun Roter Hang development in Kronsberg Taunus. The development was planned by architectural firm Kramer. With its different terraced and split-level houses, luscious greenery and considerate public spaces it’s considered an urban planning triumph of the 1970s. The house was co-planned by architectural company Kramer and Dieter Rams and now has the status of a single listed building within what is now an ensemble that enjoys protection as a historic monument. 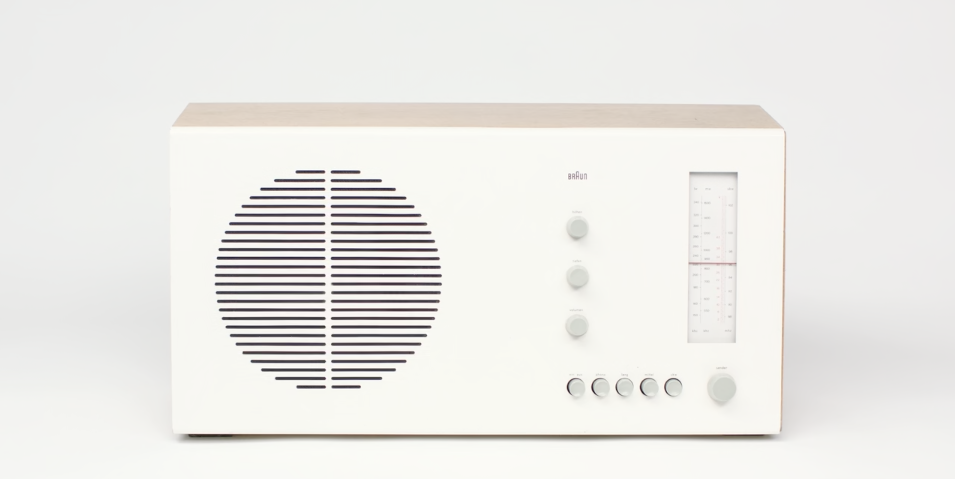 The Braun RT20 tube radio based on a Dieter Rams design. 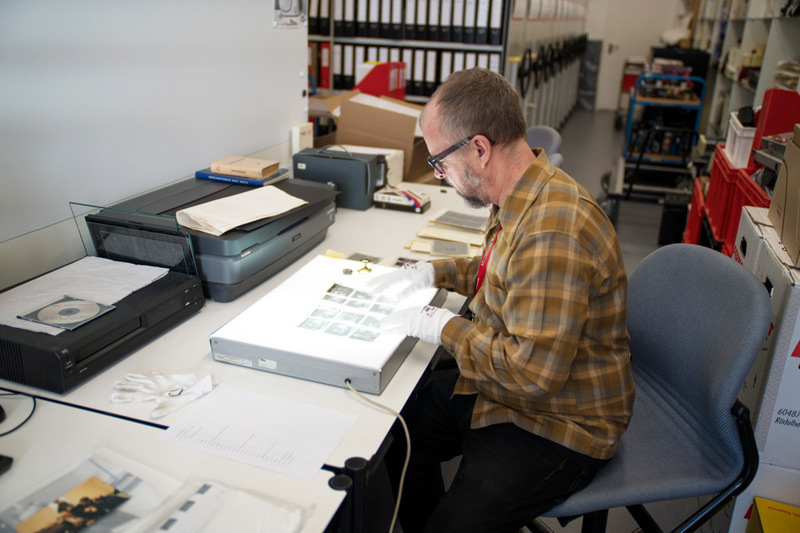 Filmmaker Gary Hustwit is sitting on Wilhahn's classic task chair FS while doing some research for his documentary "Rams" at the Braun archives in Kronberg.