The idea was to provide a contrast to the two-dimensional occupation of sitting in front of a screen. The designer was asked to come up with a lively atmosphere, inspired by the world’s distribution centres, by providing motion-driven workspaces. When devising the new office for logistics software specialist Adur in the Basque town of Hernani, interior designer Ricardo Vea (San Sebastián) produced a concept for the interiors dominated by white and light colours. The office also has a fresh, individual touch thanks to organic accents, symbols from the transportation industry and shades of grey dotted about here and there.

The rooms total around 300 sq m in size and have been designed precisely. There’s a large open-space area in the middle with double workbenches providing room for three people on each side. Waist-height partitions ensure acoustic and visual privacy and towards the hallway various elements in the space create soft boundary. Columns painted white, tinted glass walls, a curved band of light on the edge of the false ceiling, as well as anthracite and light grey alternately in the flooring create a fluid transition. In the foyer, walls with wood panelling, a similar reception counter and a partitioning element consisting of ropes stretched in a zigzag between the floor and the ceiling recall a cargo ship with its wooden pallets and thick ropes. A mural in the company green at the front of the open-plan office also showcases the methods of transportation used by Adur’s customers – ships, lorries, trains and planes. 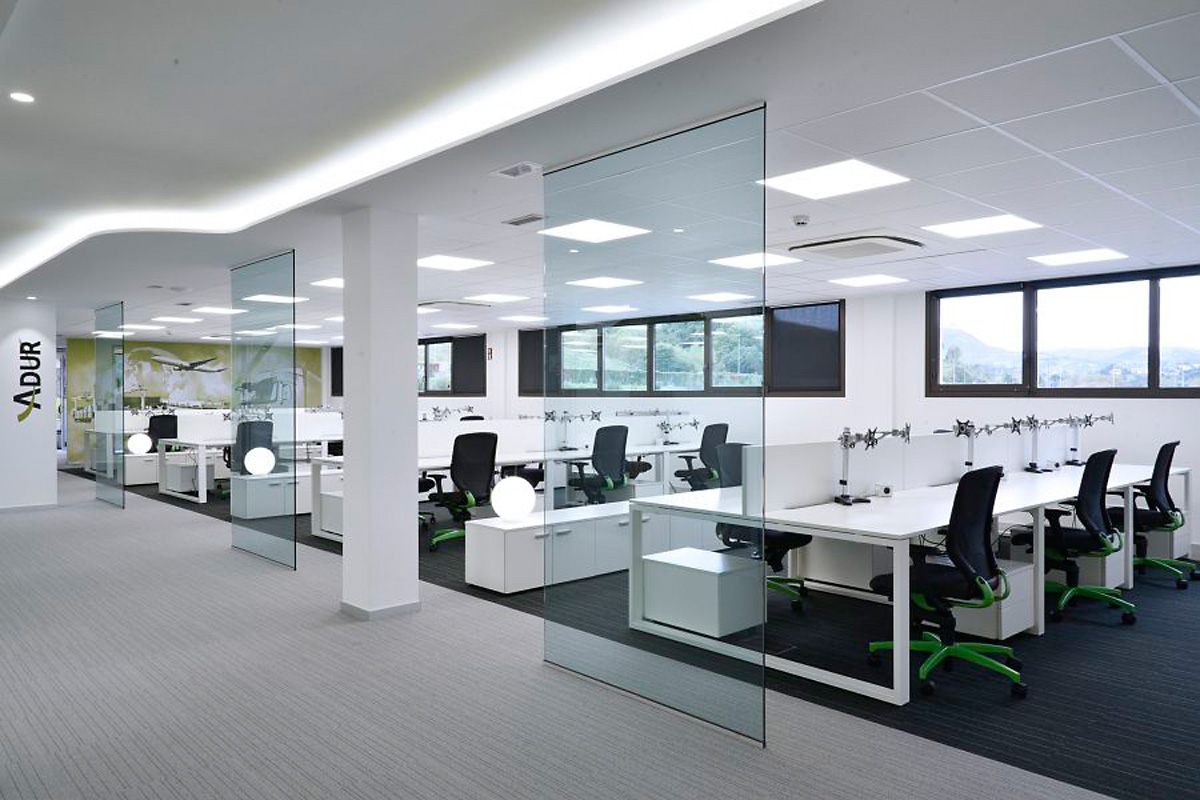 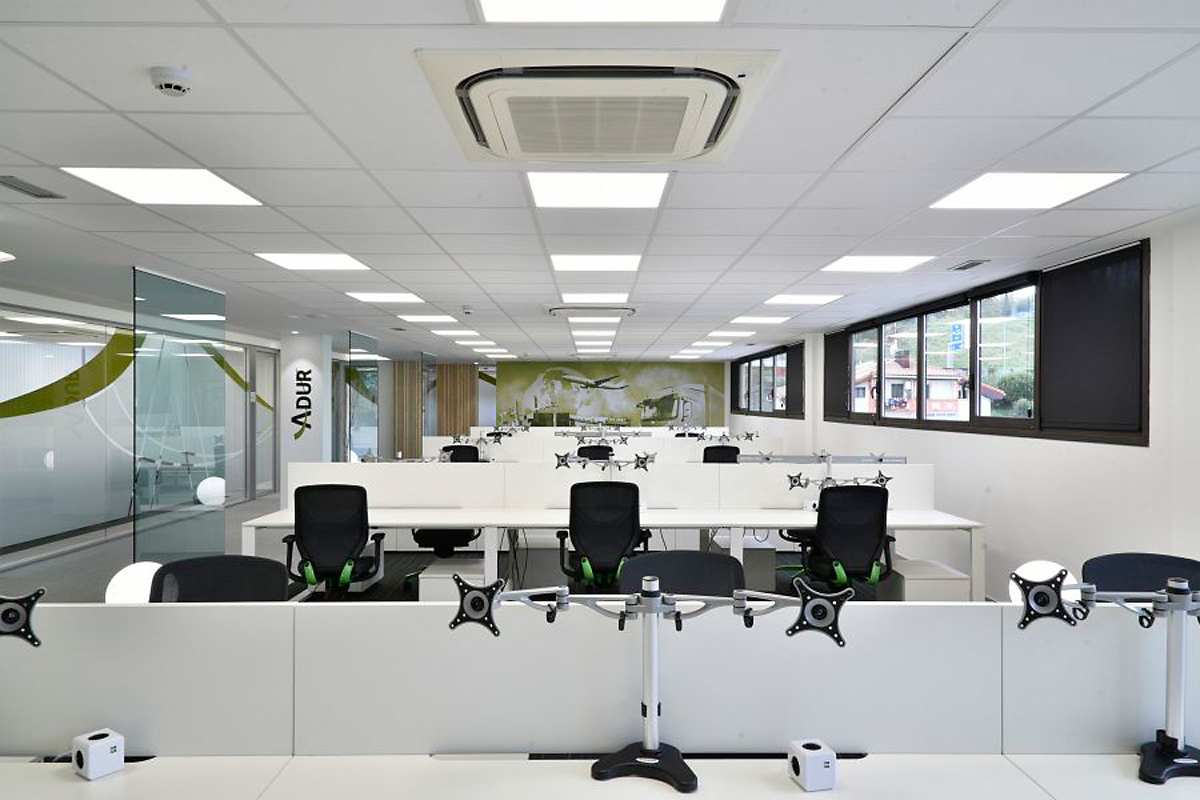 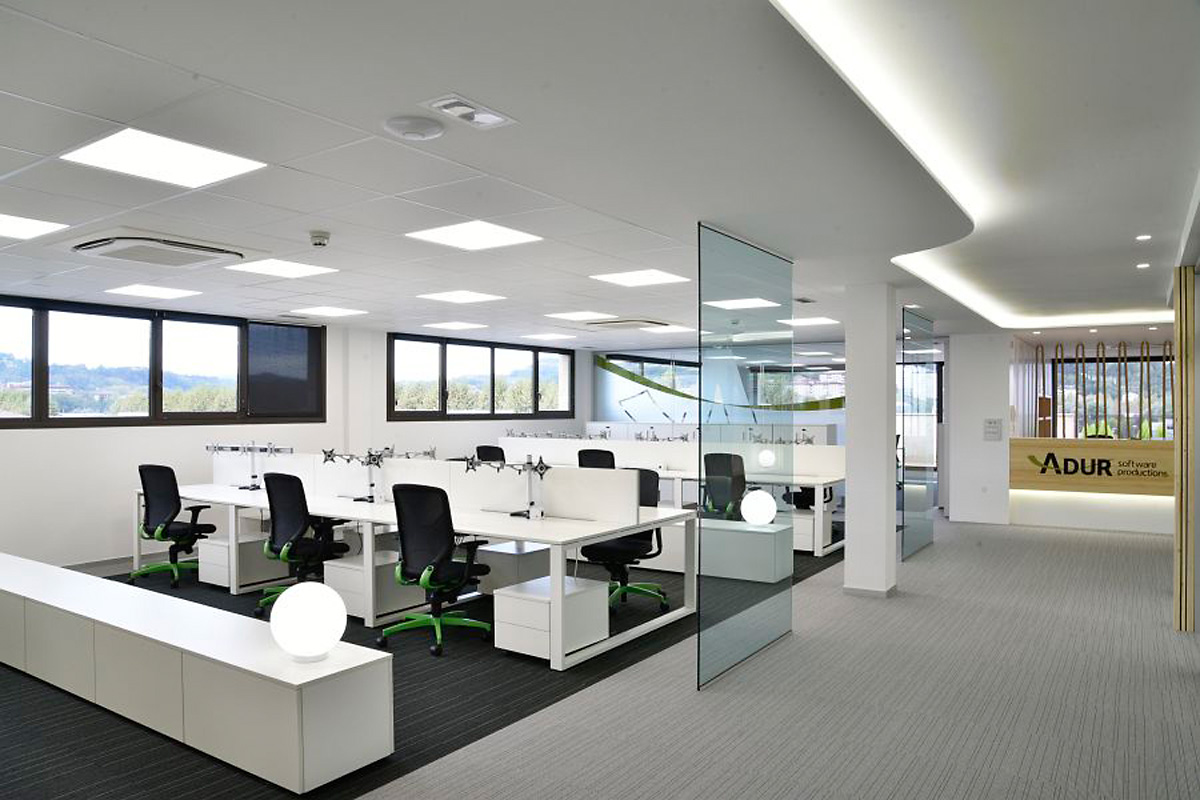 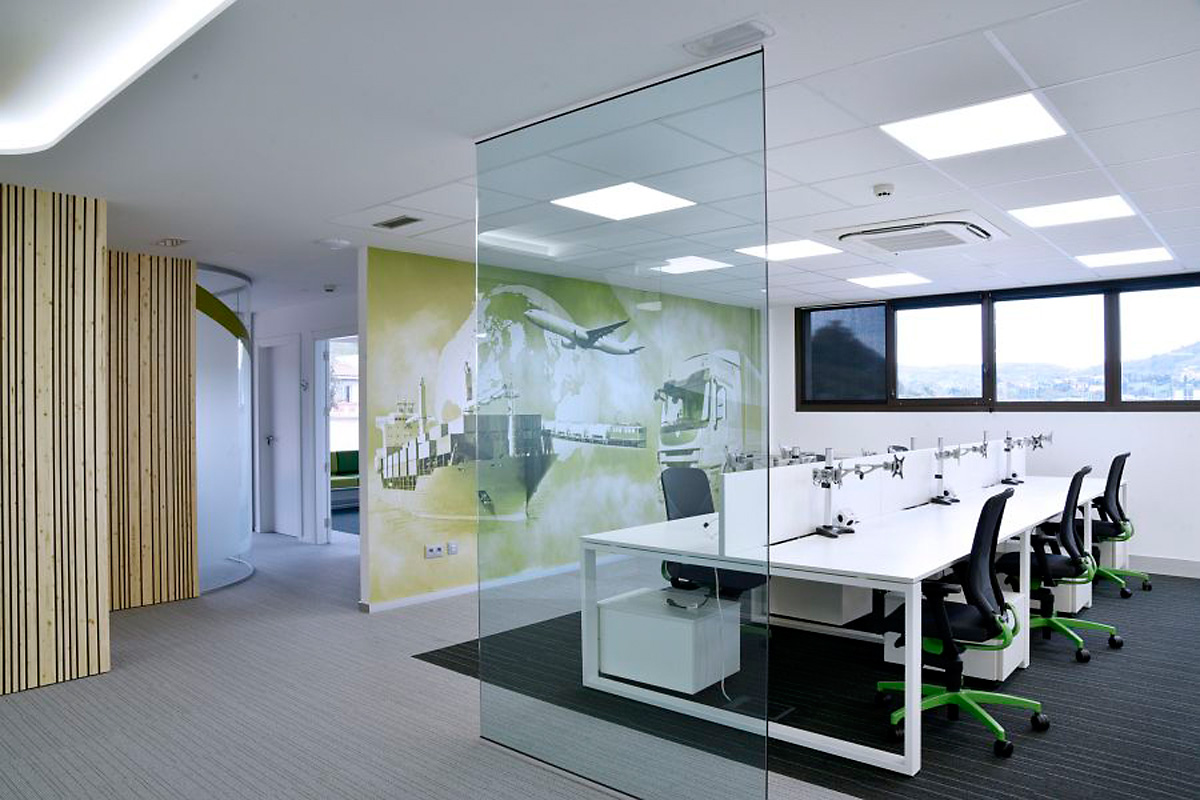 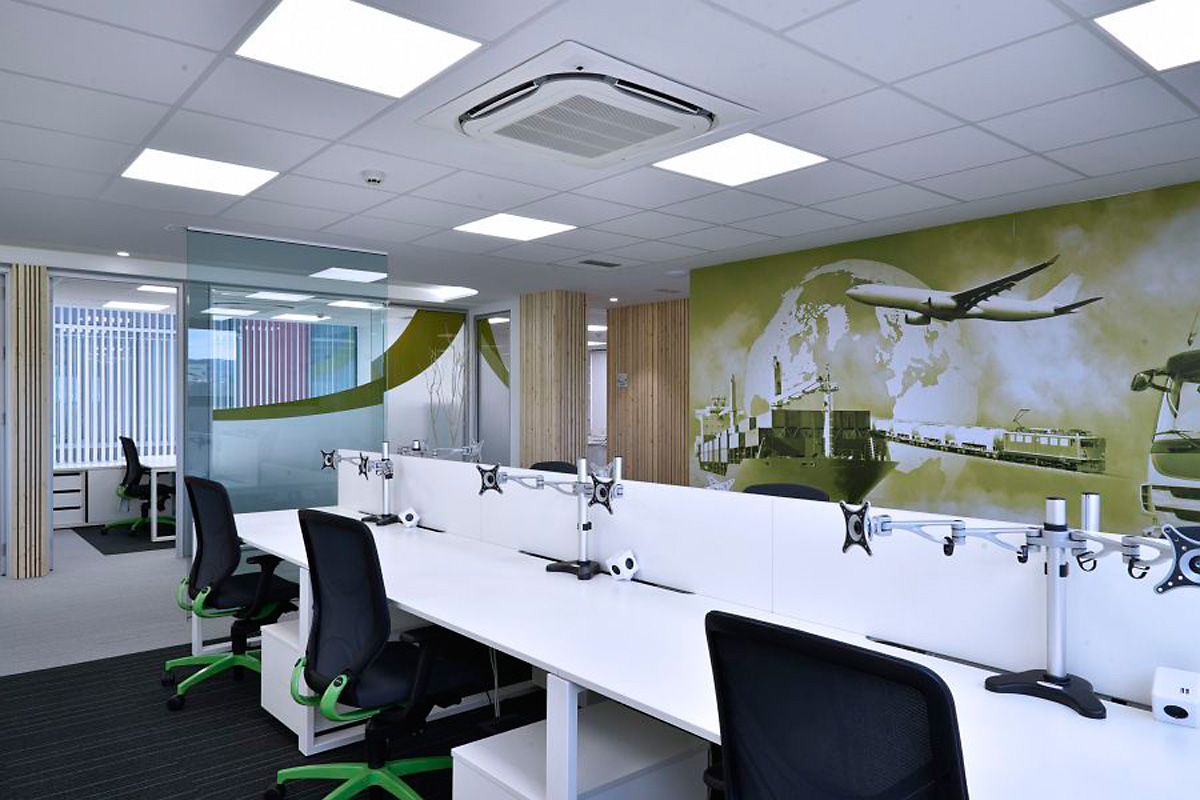 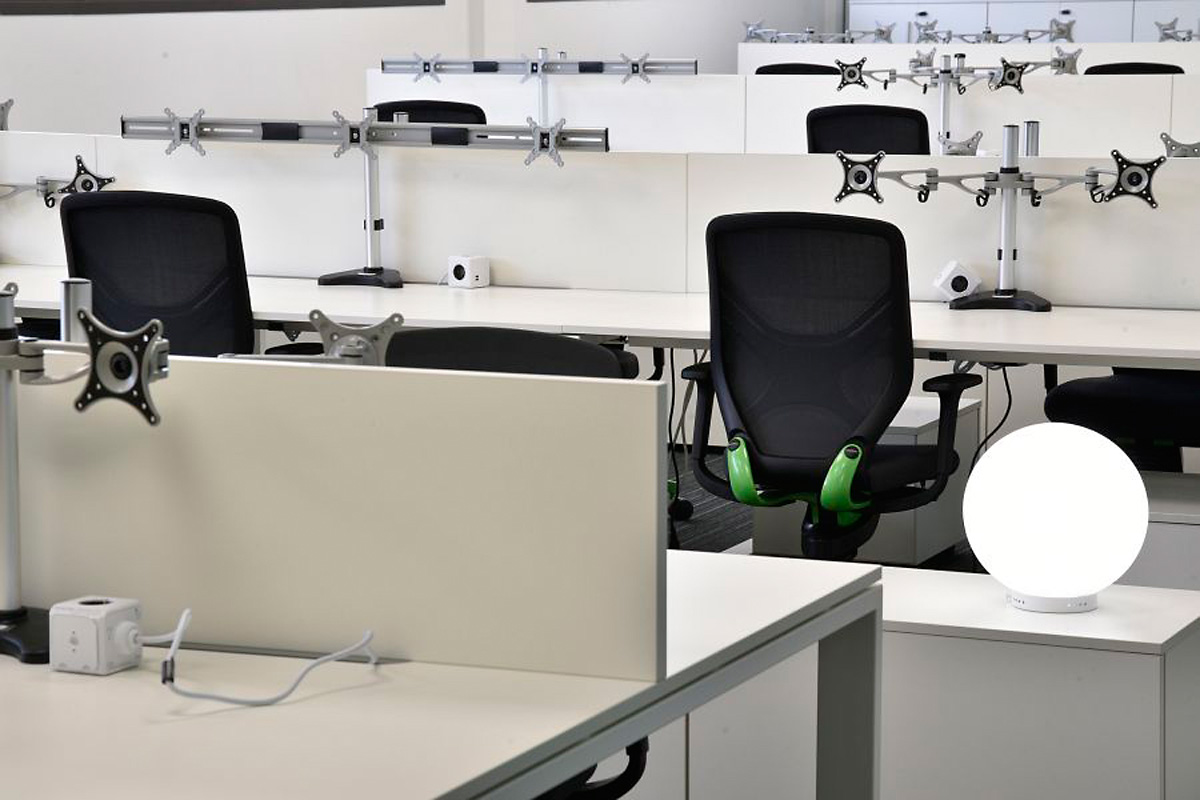 Part of the open-plan office with IN task chairs, photographer: David Muñiz

The customer set particular store by high-quality office chairs that encourage a range of motion. The purpose was to subtly foster movement in the sedentary lives of staff sitting in front of their computers and to compensate for the lack of movement in offices. Wilkhahn’s IN and ON office task chairs with their three-dimensional Trimension® technology were the perfect choice. Tiny stimuli are all that are required to encourage movement in the people using them. This philosophy is continued with IN office task chairs in the open space and with ON in executive offices. Wilkhahn’s Metrik cantilever chair (design: whiteID) is used in meeting rooms. With a flexible seat shell and polygonal shape that lends it a seamless look, it’s also the obvious answer to the interior design concept that is a mix of formal rigidity and organic accents. 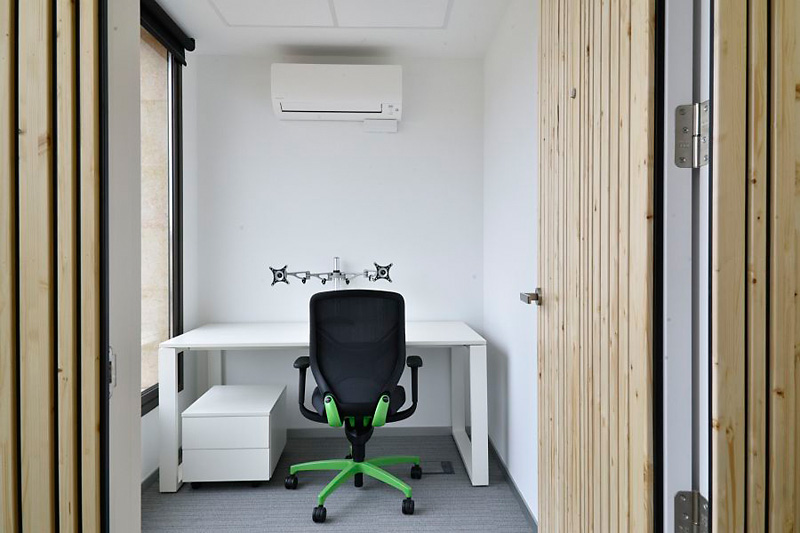 Customised office as a place of quiet with IN office task chair, photographer: David Muñiz 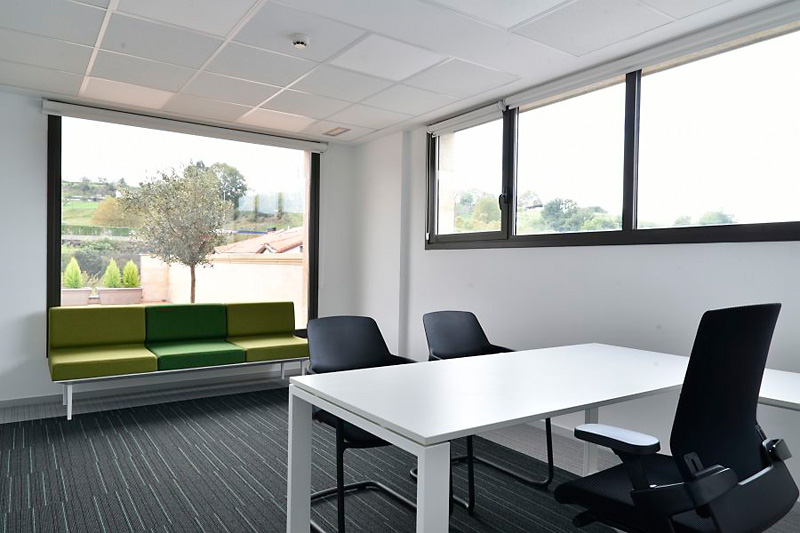 You can find information about the here: IN three-dimensional office task chair.

You can find here anything you’d like to know about the ON three-dimensional office task chair.

Click here for more about the Metrik cantilever chair. 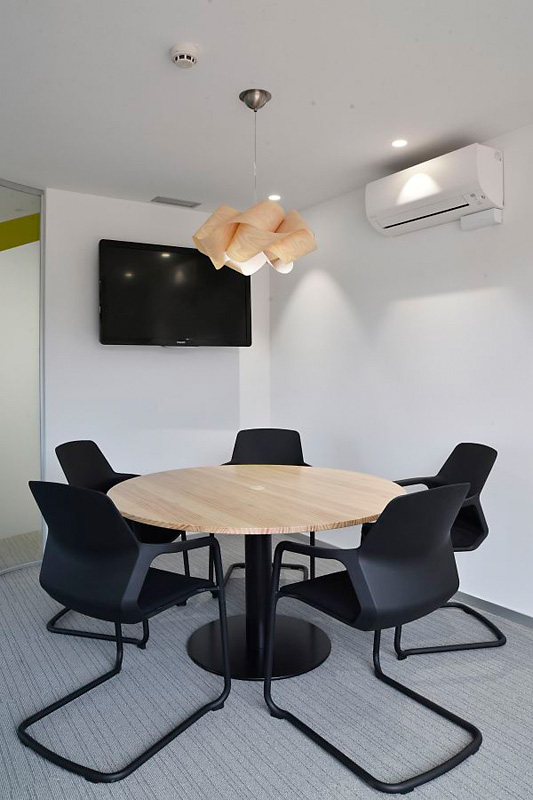 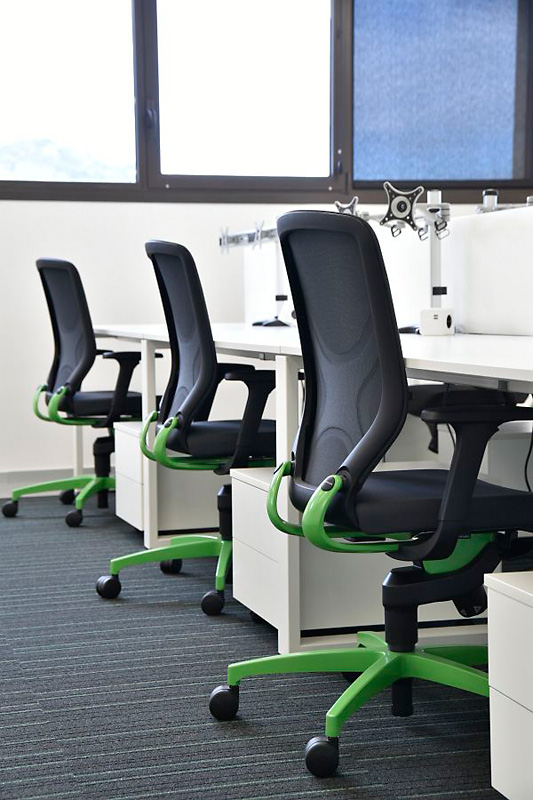 Some of the IN office task chairs with customised colourway, photographer: David Muñiz